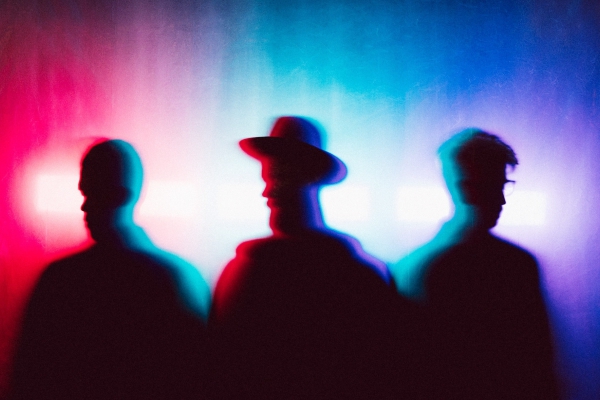 The Glitch Mob – See Without Eyes – WaveVR – Electronic music group The Glitch Mob and TheWaveVR, the creator of the world’s first social virtual reality (VR) music platform, today announced an upcoming show featuring music from the band’s third studio album, See Without Eyes. Thefree experience launches Thursday, June 21st, 2018 at 7:00 p.m. PST, at which time fans will be able to immerse themselves in an interactive, VR version of the album. A trailer to preview theshow is availalable to stream below.

See Without Eyes will take users on a VR odyssey of shifting dreamscapes choreographed to a 20-minute custom mix of the album. As users fly through several environments, they can interact with each other as well as become part of the visuals. The show will be available to any Oculus Rift or HTC Vive VR headset owner through TheWaveVR‘s free app, available globally on the Oculus Store and Steam, and will be broadcast live on TheWaveVR Facebook page. Fans will also be able to go into a looped version of the experience at their leisure via TheWaveVR apponce the live version of the show is complete.

The Glitch Mob, who have always been focused on bringing a visual component to their music and in utilizing technology to engage with fans, collaborated closely with TheWaveVR team, including art director David Wexler (Strangeloop), to visually bring to life the See Without Eyes world. The VR journey unlocks an entirely new medium of creative expression for fans to experience and engage with the album and is one of the key ways fans will experience amusician or band’s visual inspiration in the future.