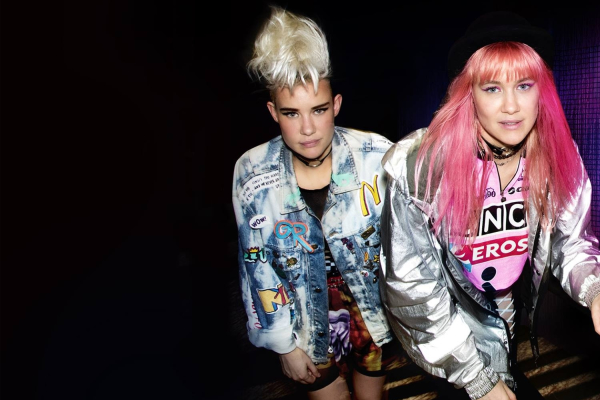 NERVO – ‘What Would You Do For Love‘ – NERVO, the Australian sisters Mim and Liv Nervo, have grown from songwriters to artists and super-fans to superstars, unveil their newest single ‘What Would You Do For Love,’ a rising, anthemic dance-pop release – that will likely scorch radio airwaves and mainstage festival settings across the coming months!

Having have staged a miraculous climb onto the international stage, the NERVO twins came straight from the pit in front of the action to be in-demand and beloved across the globe. Their nonstop schedule takes them from the shimmering beaches of Ibiza, to the towering mainstages of the biggest festivals in the world including Tomorrowland, Lollapalooza, Creamfields, Balaton Sound, EDC, Electric Zoo, ULTRA and many more. Having cemented their songwriting prowess, receiving a Grammy Award for writing ‘When Love Takes Over‘ for David Guetta and Kelly Rowland, the sisters have risen to stardom with their song writing skills alone.

The release of ‘What Would You Do For Love‘ is the follow up to their recent viral hit ‘Best Friend,’ which has become the official iPhone X campaign launch song and which reached #1 on radio and iTunes, as well as over 30millions views on YouTube and over 50million streams across the streaming platforms. With the single proving to be a fan-favourite in their DJ sets of late, the NERVO sisters have hopes for another summer anthem on their hands with the official release of their new single ‘What Would You Do For Love.’