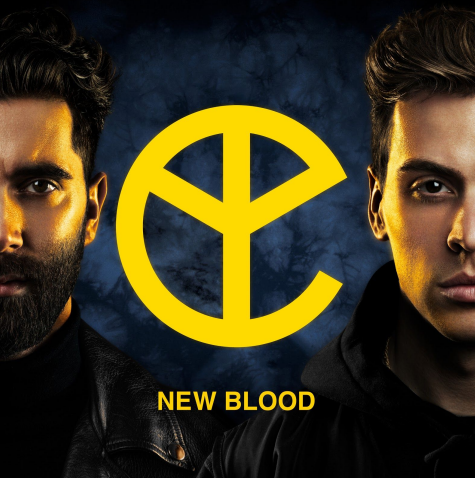 Yellow Claw – New Blood – June 22nd – Yellow Claw have been around the world and wherever they go, Jim Taihuttu and Nils Rondhuis like to pick up on the vibes, draw inspiration and try to find like-minded souls. It’s how their record label Barong Family got its global roster, and it’s how the Dutch duo’s third album came together. ​New Blood finds the duo collaborating with singers and rappers from Denmark, Brazil, Singapore, Mexico, China, England, the United States and the Netherlands.

New Blood is the follow-up to Blood For Mercy (2015) and Los Amsterdam (2017), which together have generated over 250 million streams on Spotify alone. Including recent singles ‘Both of Us (feat. STORi)’ and ‘Villain (feat. Valentina),’ New Blood boasts fourteen new tracks. Rather than trying to make some grand statement with the new album, Yellow Claw prefer to view New Blood as a kind of musical travelogue, reflecting their international touring schedule. It takes six tracks before you hear the signature ‘Yellow motherfucking Claw‘ drop on New Blood. It’s not a collection of “bangers,” you can check the Amsterdam Trap Music EP series or individual singles like ‘DO YOU LIKE BASS?‘ for that type of energy. Or go to a Yellow Claw show, preferably.

New Blood was recorded in California, Thailand and Holland. It may prove to be a transitional album for Yellow Claw, featuring as it does ballads and bangers, pop songs and garage tunes, tropical rap and chill vibes. This Fall, Jim will begin work on directing his third feature film and Yellow Claw will be performing at big outdoor summer events like EDC Las Vegas and Tomorrowland. They’ll likely play a couple of tracks from the album, but most of them will be happy to remain in your own playlist, to be summoned at just the right occasion. There’ll be plenty.