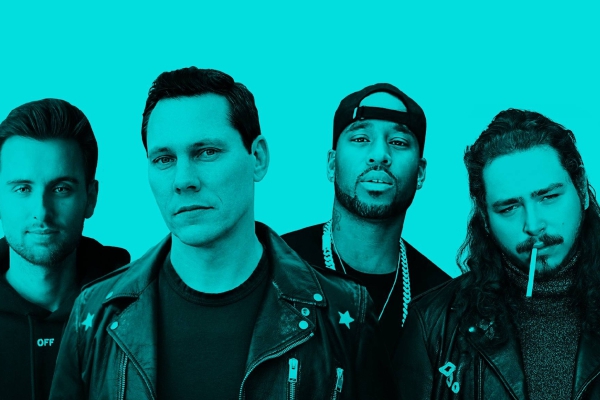 Tiësto & Post Malone – ‘Jackie Chan‘ – The GRAMMY® Award-winning, platinum-certified, international DJ, Tiësto has teamed up with Dzeko, Preme and multiplatinum-certified artist, Post Malone for a new hip hop infused dance track entitled ‘Jackie Chan.’ Produced by Tiësto, Dzeko and Preme, ‘Jackie Chan‘ is a light-hearted track with an irresistible beat and fun lyrics sung by Preme and Post Malone, just in time for summer. Tiësto continues to embrace new sounds and collaborations in 2018 with this release. ‘Jackie Chan‘ comes ahead of his headlining set at Las Vegas’ Electric Daisy Carnival on May 19th, a festival he has headlined every year since its inception.

Always working across genres, ‘Jackie Chan‘ follows the success of ‘BOOM,’ which has received more than 50 million YouTube views and over 100 million streams worldwide. The remix of ‘BOOM‘ was released in February with Atlanta trap royalty and hip-hop superstar Gucci Mane, and artist/producer duo, Sevenn.