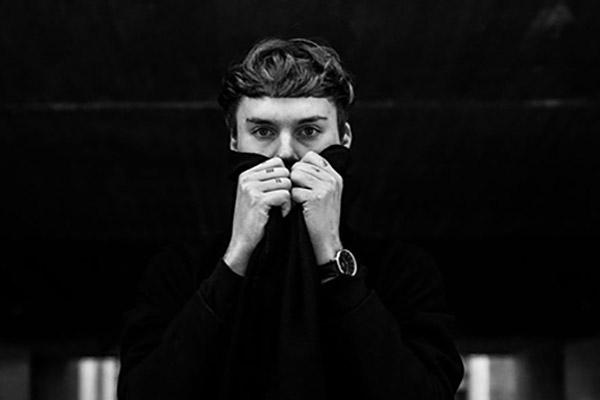 We talk with the intriguing and incredibly talented Mountain Bird this week, not so long after the release of his four-track EP Cubism. With so many influences and inspirations evident throughout his stunning sounds, we wanted to get to know the Swede a little better.

It’s been a while now! It started off when my sister was a drummer and had different bands, I think I was around 12. So I used to borrow her drum set when she was out and later on became my first instrument! Producing-wise I’ve been doing music for around 10 years, when I found a free version of FruityLoops online. I use Logic today though… Important note!

It started off with a lot of post-rock, like Explosions In The Sky from an early age,  also thanks to my sister who gave me a CD of them! I used to lock myself in my room and listen to it for days. Then I found more vocal-driven and super emotional music like Bon Iver and stuff, and after that left-field electronic music like Flume, Burial, James Blake and stuff. Interesting sounds inspire me.

These days I’m super inspired by people making something more than just a song, like the band Jungle from the UK for example, Son Lux, Sampha, there’s nothing else like that. So timeless but still super futuristic! I love that and I wanna try to do that more on my new material, they way they mix up organic sounds with electronic sounds. The craft is in focus but it’s still really strong songwriting.

Super honest lyrics but with a Scandinavian electronic freshness within its sound design. It’s definitely not EDM and it’s definitely not just pop either, hehe! As I said in the previous question, my goal is to write music that contains weird sounds you’ve never heard before, but in the timeless essence of good pop music writing.

I’m in love with that band and I love that they dare to release a single that’s not typically a “single.”

I saw him when I played BY:Larm in Oslo, and he was so good. I got stunned by his productions, they sounded like a mixture between Cashmere Cat and Bon Iver, really cool!

I hope they will release another EP soon, they have such a cool daring minimalist/nostalgic sound.

What did you enjoy about making your new EP? What originally inspired it?

This EP is a little special because it was in the works for a long time, almost one year actually. As always I got a lot of dark energy out from my brain and into the songs, it felt like mentally pooping – really nice.
I remember I was in a really destructive relationship that destroyed me as well, so I was taking a lot of medicine to put my brain to rest, and writing a lot. ‘The Wolf’ is particularly about that time.

I signed a record deal with Nettwerk music group and get to work with lovely people. I’m really happy with how things are going and that they want to be a part of developing me as a whole, not only releasing one hit single and then dropping me.

We toured Europe with this lovely band from Iceland called VÖK, that was really fun and they were so smart and such lovely people. It was really interesting to have conversations with them, I loved that! Then 2 weeks after that I moved to Berlin to write more stuff and work closer to my publishing. Huh – I’ve actually done a lot this year!

If you could give a producer just starting out one piece of advice, what would it be?

Don’t get demotivated just because you think it sounds “bad”! I still have days when it sounds really bad and then you can learn from that! Don’t be afraid to start things and to make mistakes. “Don’t be afraid” really, haha. Take advice from people who have been doing it longer than you and get good samples and 1 good synth. Not 100, just 1 and learn that synth. Keep it simple! I have a lot of more advice but it’ll take me 3 weeks before I’m done…