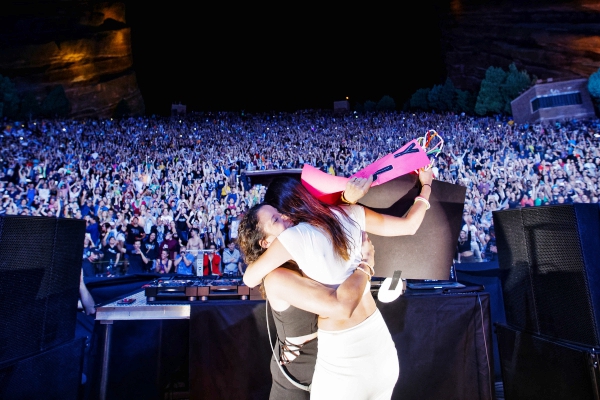 Above & Beyond – ‘Red Rocks‘ – Taking its name from the legendary concert venue where the track debuted, ‘Red Rocks‘ is the latest edition from group Above & Beyond. Without a doubt, this is a bruising new club cut, named after a fascinating geological anomaly that moonlights as a bloody fine concert venue.

Fresh from the release of their Common Ground LP, which saw the U.K. trio enter the Billboard album chart at a career high #3, ‘Red Rocks‘ is a gritty aggregate of tech trance on a bedrock of galvanized groove that’ll transmute the dance floor’s stoniest feet into flowing magma, expertly carved courtesy of Jono, Paavo and Tony.

The boys didn’t have a name for the tune, got caught up in the emotion of the show and called it ‘Red Rocks.’