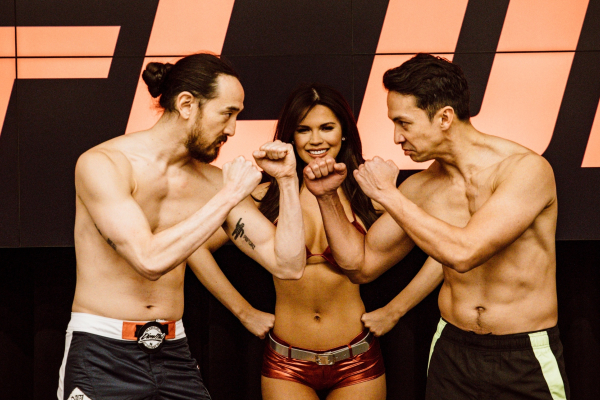 Wrapping up the track, long-time UFC announcer Bruce Buffer provided his classic ‘It’s Time‘ rally call creating that real UFC feel. And, have you seen the custom UFC fighting gloves Luke wears in the music video? You can win these baby’s by sending Laidback Luke a private message via Facebook Messenger!

The official ‘It’s Time‘ music video pits Steve Aoki and Laidback Luke against one another as mixed martial art fighters prepping for the fight of a lifetime. Filmed on location at the UFC‘s Performance Institute in Las Vegas, the video features intense scenes of both fighters preparing for the bout, with Aoki being trained by UFC Hall of Famer Ken Shamrock and Laidback Luke showing off his (real life) Kung Fu skills.

But don’t worry. ‘It’s Time‘ cements the long-standing friendship between Aoki and Luke, a little UFC battle won’t change that one bit!