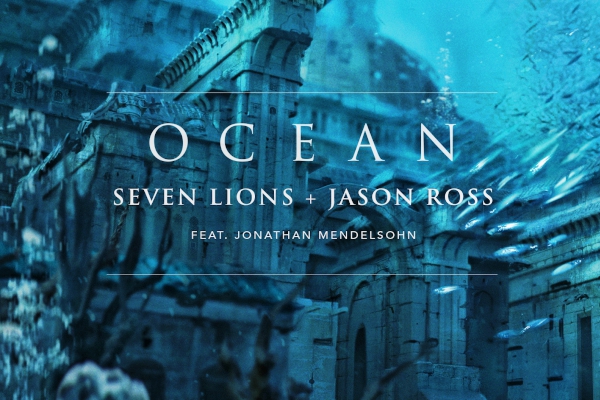 Seven Lions & Jason Ross – ‘Ocean‘ / ‘Sirens‘ – Having launched his Ophelia label just last month, Seven Lions returns with the second release on the label through his much anticipated collaboration with Jason Ross – ‘Ocean‘ (feat. Jonathan Mendelsohn). It comes the same week as he announces one of his biggest headline shows yet at Denver’s legendary Red Rocks, which will represent the second Chapter in his Chronicles event series when it takes place on October 11th.

Blending the melodic, bassy growl of Seven Lions with the more trance-leaning sound sculpting of Jason Ross, ‘Ocean‘ draws on a classy, catchy and anthemic vocal from Jonathan Mendelsohn that is already a favorite amongst the fanatical Seven Lions community. A hotly requested ID ever since the duo dropped it in their live streamed back-to-back set at The Gorge last September, ‘Ocean‘ provides a fitting follow-up to their first collaborative hit ‘Higher Love.’

The track comes backed with an instrumental collaboration between the duo in ‘The Sirens.’ Also debuted to high impact at The Gorge, ‘The Sirens‘ is four minutes of aggressive, energetic psy trance splendor – an ode to the eclectic nature of the Seven Lions soundscape, and to the quality of Jason Ross‘ production prowess.

Additional exciting news from Seven Lions is the reveal of his Chronicles Chapter 2 show, which will be at the famed Red Rocks Amphitheatre on October 11th. Tickets go on sale April 6 here, and you can sign up for the pre-sale through the same link.