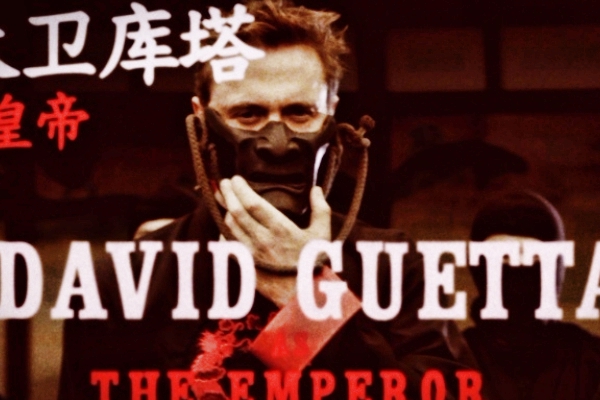 David Guetta & Sia – ‘Flames‘ Official Music Video – David Guetta and Sia, the platinum-selling, Grammy nominated artists who have amassed over a billion streams across their previous chart-topping hits, reunited on ‘Flames,’ which was released almost two weeks ago and now it’s time for the official music video.

The music video, starring actor Danny Trejo and Guetta himself creatively portray the lyrics of the track. The music video is filled with ninjas, spectacular moves and funny references making for 3 full minutes of pure entertainment.

The excellent working chemistry of Guetta and Sia showed with ‘Flames‘ receiving great feedback from the press, with Rolling Stone calling the track ‘Inspirational‘ and Forbes stating “it has set the two artists up to have what could be one of the bigger hits of summer 2018.”

With 3 new tracks all currently booming, David Guetta is now flying on streaming services with combined streams of over 100 million for ‘Like I Do,’ ‘Mad Love‘ and ‘Flames.’