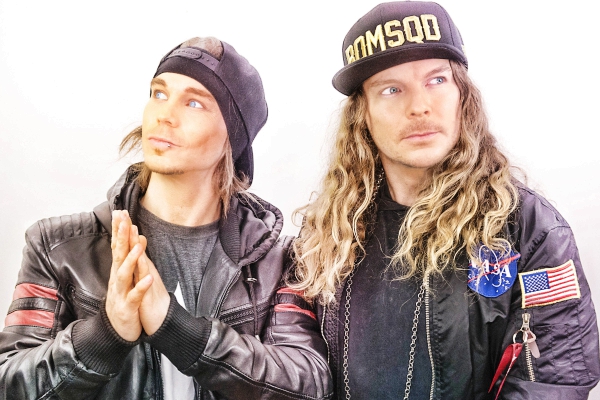 Bombs Away – ‘Let You Down‘ Remixes – Last year we saw an epic eruption from the Bombs Away boys after their crossover single ‘Like You,’ featuring Elle Vee, reached some pretty euphoric heights. In 2018, they are continuing to develop a huge sound, with recent effort ‘Let You Down‘ being as energetic and enthusiastic as ever. Bombs Away are now unveiling four remixes of their recent release from some seriously respected producers in their field.

Bombs Away are prominent producers among global tastemakers due to their unforgettable sound of bounce, electro house, hip hop and trap. The project has reached over a billion people, thanks to their two-platinum records Party Bass and ‘Super Soaker,’ gold for ‘Big Booty Bitches,’ a #1 on the US viral charts, ARIA nominations, countless ARIA club chart top 10s and impressive ARIA #1‘s for ‘Get Stoopid‘ and ‘Super Soaker.’

The ‘Let You Down‘ single is a well-thought-out dance, pop blend track. Accompanied by Parker Rose‘s vocals, from the upcoming Gold-Coast three-piece Sunset City. Parker‘s top line holds raw and emotive elements that complement the already playful production. It’s refreshing to see the remixers highlighting these original key elements, whilst spinning the track into their respective unique styles.