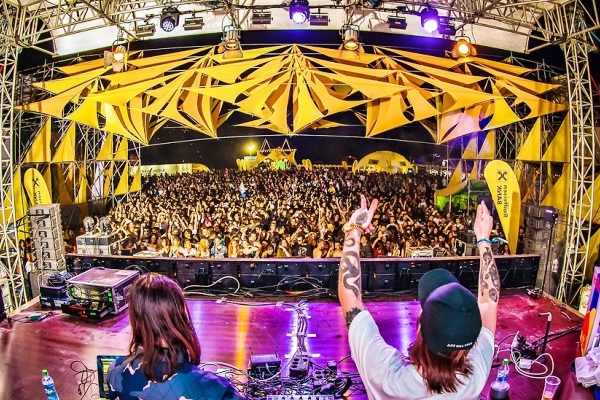 Neversea 2018 Phase One Lineup – Returning after an incredible 2017 edition that featured the likes of Jason Derulo, Rita Ora, Dua Lipa, Lost Frequencies, Afrojack and Tiësto and many more, Romania’s acclaimed Neversea festival returns with another massive line-up for this year’s edition. Taking place at a spectacular location on the shores of the Black Sea in Constanta, Neversea attracted over 153,000 people last year and gained plaudits far and wide.

Irish rock sensations The Script make their debut in Romania on the main stage this year, bringing with them their slew of chart-topping, Platinum-selling hits. John Newman brings his epic vocals to the stage, with Redfoo and Scooter bringing their high-octane, anthem-filled live shows.

The main stage DJs are a mouthwatering prospect — none more so than Axwell & Ingrosso and Steve Angello appearing on the the same line-up together. Could we be about to witness that long-awaited Swedish reunion? With Hardwell, W&W, Sunnery James & Ryan Marciano also in tow, it’s set to be a truly phenomenal gathering.

The ARK will rock to the sounds of drum & bass and dubstep, with DJ sets from the mighty Pendulum and Noisia plus the intense sounds of Chase & Status, Modestep, Dub FX and Camo & Krooked. It’s enough to make any bass-fiend dizzy with anticipation.