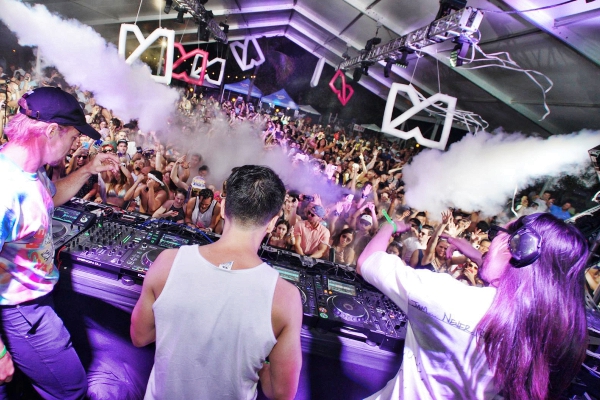 Mixmash Miami 2018 – Lineup & Ticket Giveaway – Mixmash just dropped a massive lineup for their ‘Rockin’ With The Best‘ Miami event. As we’ve come to known the Mixmash parties it is an all-star lineup that this year includes A-Trak, Jonas Blue, Deorro, Blasterjaxx and of course Mixmash founder Laidback Luke together with a slew of hot acts. As always, the infamous B2B2B will include some supersecret artists that will remain unannounced but, as all regular Mixmash Miami fans know, this is by far the hottest set in town!

Now in its ninth consecutive year, Mixmash has chosen the iconic pool at Delano South Beach as a unique setting for its rambunctious party. The chaos, the mayhem and the hardcore fans have made the Mixmash event the one not to be missed during Miami Week for industry bigwigs, artists and fans alike.

Previous editions a number of unannounced hot shots dropped by such as Diplo, Afrojack, Steve Aoki, David Guetta, Calvin Harris, Hardwell, Armin van Buuren and Dimitri Vegas & Like Mike for impromptu back to back sets. What will this year bring…!?

Tickets are going fast and are expected to sell out in advance – make sure you don’t miss out and get your tickets here!