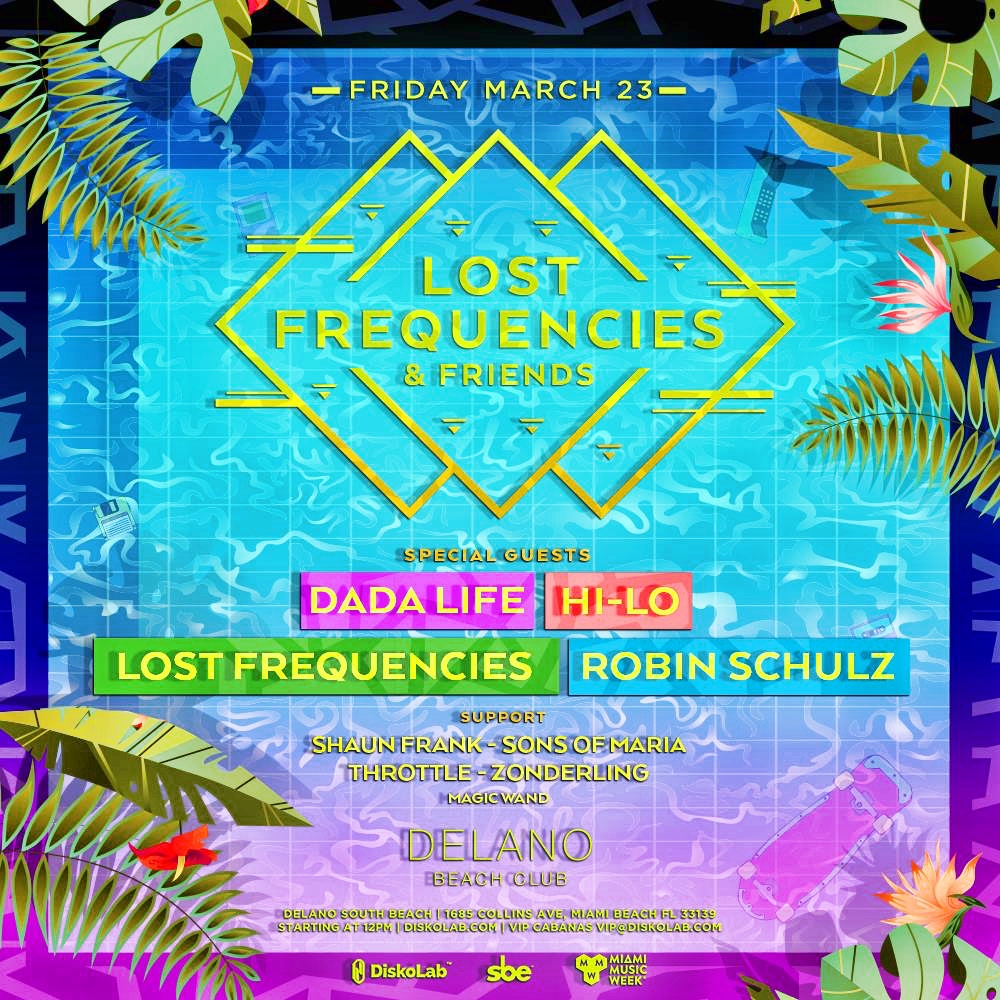 Lost Frequencies & Friends Pool Party 2018 – Gearing up to showcase the Miami Music Week madness in spectacular fashion, Lost Frequencies brings some pool party magic of his own on March 23rd with Lost Frequencies & Friends at Delano Beach Club, Miami. Bringing together a host of talent including the likes of Dada Life, Hi-Lo, Robin Schulz, Shaun Frank, Sons of Maria, Throttle, Zonderling and Magic Wand, the massive Friday showcase aims to bring together a splash of the scene’s finest across one of Miami‘s revered MMW locations.

Proving the multi-platinum star has a penchant to put forward parties which match his production pedigree in the studio, with previous Lost Frequencies & Friends offerings proving to be epic specatacles across the likes of ADE and Tomorrowland with his own stage – the latter, record-breaking event of which Lost Frequencies’ was the only arena to be closed down during the festival, as an onslaught of fans descended to see the whiz kid in action in unprecedented numbers – this huge Miami soirée featuring a wealth of the scene’s hot shots is set to be the hot spot in the city during the Miami Music Week mayhem.

Continuing to make his mark through the dance music landscape with his recent mega hit ‘Crazy‘ which took off globally with over 33 million streams within the short space of a few months, along with becoming the #1 airplay song in Germany, Belgium and Poland, Lost Frequencies continues to resonate on an epic scale across the board. With his own imprint Found Frequencies adding another string to his bow, alongside the array of mega hits under his belt, Lost Frequencies continues his meteoric rise in 2018.