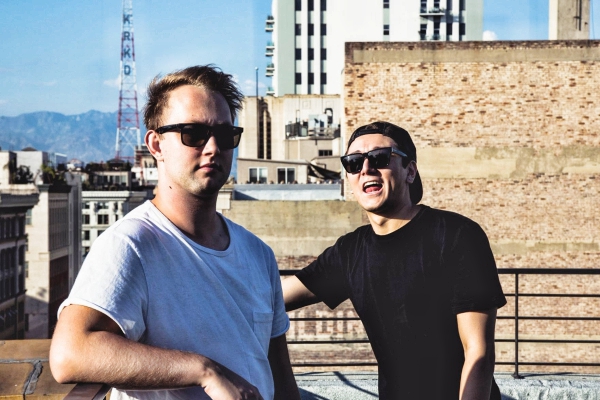 Focus Fire – ‘Dollar‘ – American duo Focus Fire have been making waves with their independently released fusions of sci-fi dubstep and rousing electro over the past year, with a highly conceptual outlook that sees them put as much importance on their videos as their music.

Now Focus Fire join Martin Garrix‘ STMPD RCRDS family with a release that sees them stray into dance/pop territory with formidable results. Along with the feel-good music video that plays out the lyrical story against a sunshine-filled backdrop, it packs a real punch.

Focus Fire hail from the US and consist of Christian Ellison and Zack Morgan. The visual manifestation of their project is their robot, GAR-E — which stands for Giant Audio Relay Engine, and is credited as the inspiration for their rowdy sounds. The story of their cherished robot continues to unfold across their releases, chiefly among their two CGI-powered videos ‘The Awakening‘ and ‘Rise.’ They recently made their debut performance in Salt Lake City, Utah for Naughty Or Nice Festival.