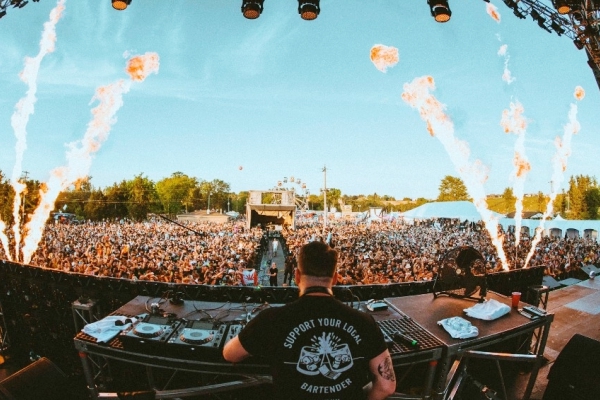 Ever After Music Festival 2018 – One of Canada’s most highly anticipated music festivals, Ever After Music Festival is back for it’s fourth consecutive year, with Canadian EDM heavy-hitters Datsik and Excision headlining the jam-packed lineup. Taking place in Kitchener’s Bingemans (425 Bingemans Centre Drive) from June 8th to 10th, the three-day extravaganza will also include unforgettable performances from Claude VonStroke, Flux Pavilion, Doctor P and Illenium amongst so many more.

Marking the unofficial kick-off to summer, Ever After Music Festival is the ultimate escape from the daily hustle and concrete jungle, to the scenic landscapes of Bingemans where festival goers are transported to a utopian fairytale-themed paradise. The Ever After experience is unlike any other, where festival goers can expect theatrical performers, theme inspired dancers, state-of-the-art stage productions, exclusive VIP lounges as well as a waterpark, midway, games, and variety of vendors.

Combining stunning visuals and high class performances, Ever After consistently brings in some of the biggest international EDM performers with previous headliners including ZEDD, Skrillex, BASSNECTAR, Diplo, DJ Snake and more. Quickly cementing themselves as one of the country’s top music events, Ever After Music Festival attracts upwards of 40,000 festival goers from around the world.

The festival will be offering offsite camping packages within a short walking distance of festival grounds so Ever After adventurers can keep the party going all night. In partnership with Unity Travel, campsites will be available in addition to cabins, containers, and RV spots for non-campers. Ever After prides itself for going above and beyond for EDM lovers music, by providing an exceptional weekend long festival experience. With incredible performances that will keep festival goers’ fists pumping and dancing day and night, Ever After Music Festival looks forward to pulling off their biggest festival to date.