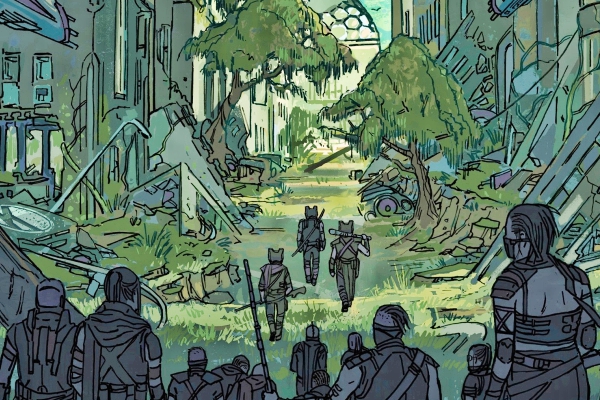 After already releasing three singles from the album, ‘Madness‘ alongside multi-instrumentalist Sullivan King, ‘Zombie‘ and ‘Lions,’ the LP comes jam-packed with seven more tracks filled with BTSM‘s signature combination of infectious electro sounds and badass beats that will have every basshead enamored.

The album captures the talented trio’s perspective on both creating and listening to music, and is based on discovery and exploring new horizons. Transforming the conflicting feelings of hope and uncertainty from a world that is changing both technologically and politically into pure musical manifestation, BTSM‘s New Worlds LP is not an album to sleep on.

The masked three-piece also kick off their North American Ceremony Tour today and have upcoming performances in major cities like Detroit, Columbus, Boston, Houston and more. With a new custom stage design, New Worlds tour-goers are promised to be hit with a massive dose of light and sound. BTSM has a brand new custom stage set up that allows them to control the lights on and around the stage, and even on their helmets. This type of setup is revolutionary in the dance music space, as the lighting and video signals are mapped to their live workflow. BTSM are actually crafting a special audio-visual experience each time they take the stage.