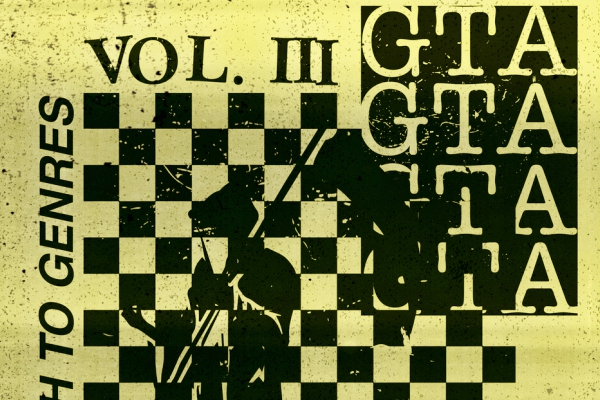 GTA – Death To Genres Vol. 3 EP – Following a jet-setting year touring their critically acclaimed debut album, Miami based production duo GTA emerges from the studio with their newest offering, Death To Genres, Vol. 3. Out via Mad Decent, the four track EP lives up to its name, drawing together an eclectic mix of musical styles including funky house grooves, garage punk, hip hop and rap.

Death To Genres, Vol. 3 showcases both high-profile and unexpected features, kicking off the EP with the collaborative effort ‘I Can’t Hold On‘ alongside Dillon Francis, Wax Motif and Anna Lunoe. Perhaps the most surprising collaboration is with FIDLAR frontman Zac Carper, who imparts a punk-rock aggression on the second track ‘Money‘ to parallel GTA‘s sweaty dance floor vibe.

GTA taps French house DJ and producer Damien N-Drix and hip-hop/rap talents TT The Artist and Big Mack for the final two tracks, showcasing their range as multi-hyphenate genre-benders. On Death To Genres, Vol. 3, GTA celebrates music in its many forms, drawing fans from all corners of the globe into their high-energy world.