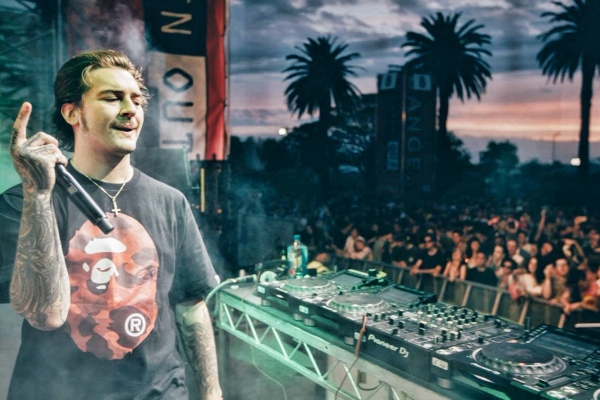 Getter – ‘Colorblind‘ – The launch of Shred Collective has given California-based producer Getter the platform to really show the world his vision for blending his influences. With his latest single ‘Colorblind,’ he intricately weaves together unexpected puzzle pieces and creates a work of art. The new tune allows fans to journey into Getter‘s musical mind, packed with heavy bass, electronic-infused hip hop beats, thumping metal breaks, and angst-ridden vocals.

To call Getter‘s style “eclectic” would only scratch the surface. With a diverse musical background, Getter grew up on Bay Area rap, but also considered himself a metal head. He jumped onto the electronic scene by working with dance music bigwigs like Datsik and Skrillex, however his biggest claim to fame came from his infamous ‘SUH dude’ vines with Nick Colletti. With his rise, he’s ventured out into different styles, defying the boundaries that can hold artists hostage, even briefly performing softer cuts under an alias.

As a fan favorite, he’s played large stages like EDC Las Vegas and Electric Zoo, embarked on his own tours such as Wat The Frick and his Big Mouth tour. This year will see Getter playing in New Orleans on Mardi Gras weekend, Touch Bass Festival in Australia, and Hangout Festival in Gulf Shores, Alabama. Getter will also be joining Borgore on his Buygore Tour on February 10th in Dallas, with tickets on sale above!