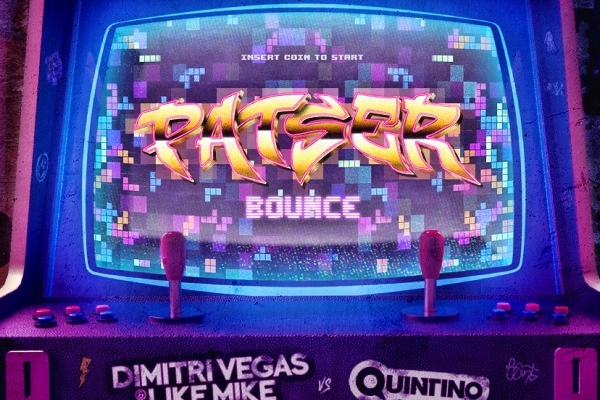 Dimitri Vegas & Like Mike + Quintino – ‘Patser‘ – Dimitri Vegas & Like Mike are at it again, directing their talent down diverse avenues and breaking down barriers outside of dance music. With this combination with Quintino, ‘Patser Bounce,’ the boys again show why they are two of dance’s most in-demand names, even outside of electronic music circles, blurring the lines between entertainment’s many facets. Teased out during the pair’s recent Bringing The Madness: Homecoming shows, the track highlights its ability to work the crowd as well as form the backdrop for one of this year’s most hotly-anticipated Belgian films – Patser.

Premiered last week, Patser (meaning Gangsta) is the new and third feature film from Moroccan directors Adil El Arbi & Bilall Falah. Both Adil & Bilall are attracting Hollywood’s attention with this new movie and are currently in negotiations with Sony to direct the new Bad Boys 3 movie, with Will Smith and Martin Lawrence set to reunite for a third chapter in the much-loved cop series.

Beyond contributing to the soundtrack with ‘Patser Bounce‘ the brothers Dimitri & Mike also feature in an acting capacity, expanding on previous on-screen outings together such as Safety First: The Movie. Dimitri, in particular, has an active desire to further pursue film roles, with credits due in the upcoming Jean Claude Van Damme led ‘The Bouncer,’ as well as George C. Romero‘s Rise Of The Living Dead, the follow up to cult-horror Night Of The Living Dead. The Belgian brothers are no strangers to soundtracking feature-lengths either, famously remixing the original Hans Zimmer theme ‘He’s A Pirate,’ which appeared as an official remix in the form of a bonus digital track on the recent Pirates Of The Carribean: Salazars Revenge movie.

The track provides an upbeat, intense soundbed that mirrors the film’s narrative and reflects the action-packed, powerful monologue. With ‘Patser Bounce,’ Belgian’s favorite brothers demonstrate their ability to think outside the realms of dance music, combining a dancefloor primed weapon that also perfectly flows with the action on-screen.