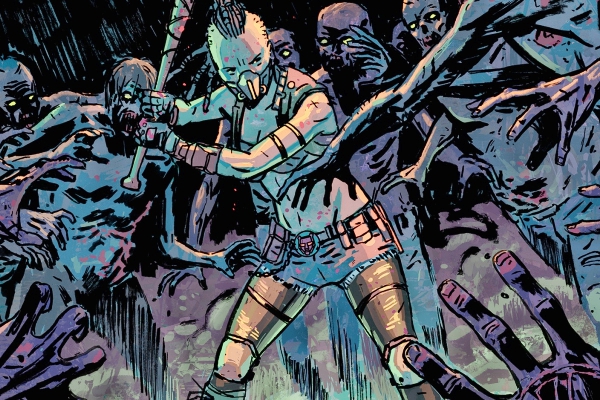 Black Tiger Sex Machine – ‘Zombie‘ – Bass maestros Black Tiger Sex Machine are back with vengeance with the release of the second single off their upcoming LP ‘Zombie‘ featuring Panther. The masked, Montreal-based trio will be releasing their sophomore album New Worlds LP on Kannibalen Records on March 2nd. The second bit of the album comes in the form of ‘Zombie,’ a heavy hitting, bass infused electro work with aggressive vocals from fellow Québécois Panther. Fans can pre-order the album now on iTunes and receive ‘Zombie‘ instantly.

In addition to the release of the New Worlds LP on March 2nd, the masked three-piece will also embark on their massive North American Ceremony tour on that same day. With more than 20 stops, BTSM will be stopping through cities like Boston, Austin, Houston and more with a new custom stage design. New Worlds tour-goers are promised to be hit with a massive dose of light and sound. BTSM have a new custom stage setup that gives them complete control of the lights on the stage, around the stage, and even the lights on their face masks. This type of setup is revolutionary in the dance music space, as the lights are not pre-programmed to the music. BTSM are actually crafting a special audio-visual experience each time they take the stage.