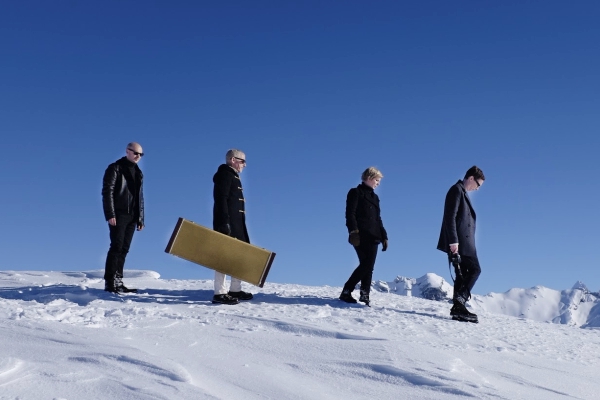 Above & Beyond – ‘Always‘ Official Music Video –  Above & Beyond is one of dance music’s most versatile acts. In fact, the trio’s deft songwriting ability and skill with traditional instruments has enabled them to step out from behind the DJ decks and perform their songs in an acoustic format. The not so secret weapon has been an ongoing collaboration with highly talented vocalists including Richard Bedford, Justine Suissa and Zoë Johnston, who each adds a distinct flavor and richness to each song. Shedding the 4/4 beats and progressive rhythms, Above & Beyond have once again teamed up with Zoë Johnston for the emotional ballad ‘Always,’ released as a single today (January 19) and included with the new album Common Ground, released one week later.

Dating back to 2004, Above & Beyond and Zoë Johnston have collaborated on classics including ‘Good For Me,’ ‘Love Is Not Enough‘ and ‘We’re All We Need’, among many others. Zoë has also been an integral part of A&B‘s live acoustic shows, helping the band to transform their original songs into renditions that’s become the stuff of legend. The next step in the partnership is the album Common Ground which features Zoë‘s voice on the songs ‘My Own Hymn,’ ‘Sahara Love‘ and ‘Always.’

‘Always‘ is a gorgeous ballad about the safety, comfort and relief of knowing that somebody will be there for you, especially when you need them most. The song perfectly encapsulates A&B‘s work with Zoë – incredible songwriting and delivery that hits you right in the heart. You can’t fight back the tears of joy. Filmed in Flaine and Samoëns in the French Alps, the official video (directed by Daniel Sharp) adds a stunning visual complete with a grand piano performance atop a snow capped mountain.

The release of Common Ground coincides with a tour of the same name – A&B‘s most ambitious North American tour to date. Presented by T-Mobile, the tour kicked off on December 29th at the Los Angeles Convention Center with the first full leg of the tour picking up at the end of January. Highlights include stops at Brooklyn’s Barclays Center, two nights at Rebel in Toronto, Chicago’s Navy Pier and two nights at San Francisco at Bill Graham Civic Auditorium. Also recently announced was Above & Beyond‘s return to Red Rocks Amphitheatre on May 19 and a Miami Music Week show at The RC Cola Plant in Miami, Florida, with Seven Lions joining as special guest. This is the final stop on the tour and will be one of the most memorable events during dance music’s signature week of the year.