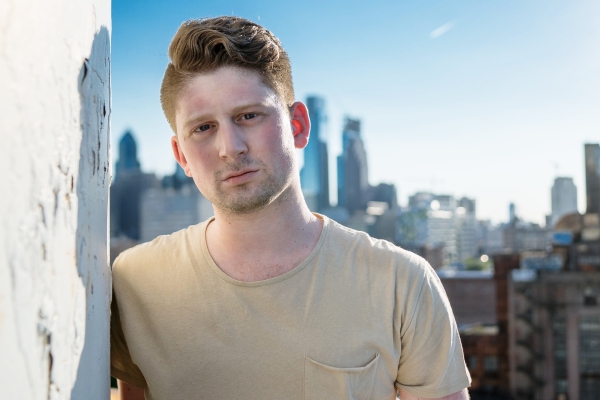 5 & A Dime – ‘Damn I Feel Amazing (DDR Pad Live Mashup) – 5 & A Dime has gone well beyond the call of duty with an inventive hardware creation colliding athleticism, technology, and music together in form dance fans will quickly digest. He has now released a video featuring his LaunchPad DanceDanceRevolution Pad hybrid in action, which allows the soloist to take his mashup from his laptop to his dance pad and projector, performing mashups utilizing the step-sized pads live.

After almost a year of effort, 5 & A Dime has put something forth unique in a flood of monotony. 5 & A Dime‘s 8 year run has included millions of streams on mashups, remixes and originals, playing over 150 shows and having also released music on Lowly Palace. His technology endeavour is another satisfaction of his craving to create.

5 & A Dime quickly turned heads in 2010 with a series of attention-grabbing mashups. His popularity translated into tour support in 2013 for Steve Aoki and Kendrick Lamar, playing 10 and 21 stops with each artist respectively. Later that year he began producing his own originals, which played on Sirius XM Guest Mix, Tiësto‘s Club Life, and BBC Radio 1. These past couple years, his singles like ‘Pipes,’ ‘Mental‘ and ‘Thump‘ gained the support of DJ Snake and The Chainsmokers at festivals like Ultra, EDC Las Vegas, Coachella, Tomorrowland and many more.

As he continues the evolution of his craft, 5 & A Dime is working on a very special project that goes beyond the bounds of current live music performance.