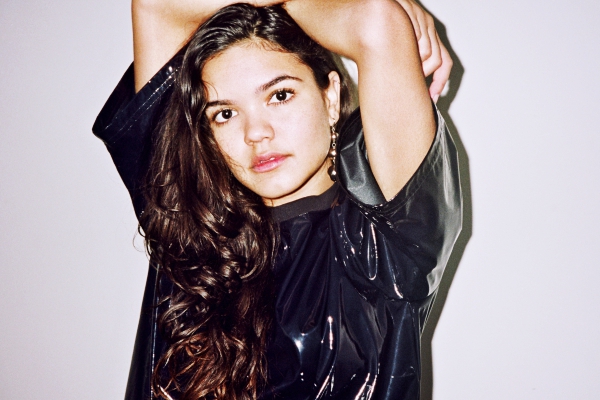 Fascinated by music that shaped her generation, TESS has always been influenced by a range of musical pioneers. This includes Rihanna, Major Lazer, Drake and Radiohead who made a heavy appearance in her childhood years. Mastering the guitar to absolute perfection, TESS soon developed the gift of covering popular tracks. Honing in on trademark sounds to eventually write originals of her own.

Known for writing and producing her other tracks such as, ‘Endlessly,’ which premiered on Zane Lowe‘s Beats 1 show and ‘Love Gun,’ which received support from music icon Elton John and amassed 17+ million global streams. This multi-talented musician shows nothing but drive and persistence to continue the successful road she’s already found herself on.

The new ‘Dark But Beautiful‘ video takes place in the middle of a picturesque desert, where TESS is surrounded by a collective of tribal dancers. Teaming up with video producer Clémence Demesme allowed them to tell TESS‘s tale through the medium of contemporary dance. “‘Dark But Beautiful‘ is a radiant and genuine single.” Explains Clémence Demesme, “I imagined TESS and her tribe as the symbol of a daring and heart-to-heart generation. With them, we go through the desert, the night, the abysses, but we always find the light and move forward together.”

This video debut allows this pop-tinged princess to express her talent and creativity in striking, raw form. Demonstrating sheer performance skill, TESS‘ work underpins a surprising ability to ignite confidence and ultimately find beauty in all that we do.