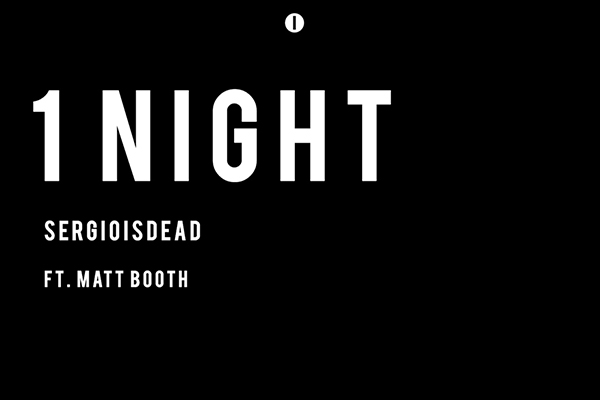 Rising electronic producer sergioisdead is known for his ambient, house melodies, and they are on full display with his latest single, ‘1Night.’ With some neat vocal assistance on the piece from Matt Booth, an engaging and a slickly produced listen is provided throughout.

Having previously written for artists including Lil B and Zealyn, sergioisdead now pours his whole creative focus into ‘1Night,’ carving out striking riffs and mesmerising beats – with Booth’s vocals sharing some of the limelight.

The Brooklyn producer has a way of taking electronic music and creating an entirely new feel that we haven’t yet heard. Check out this track – we love it.