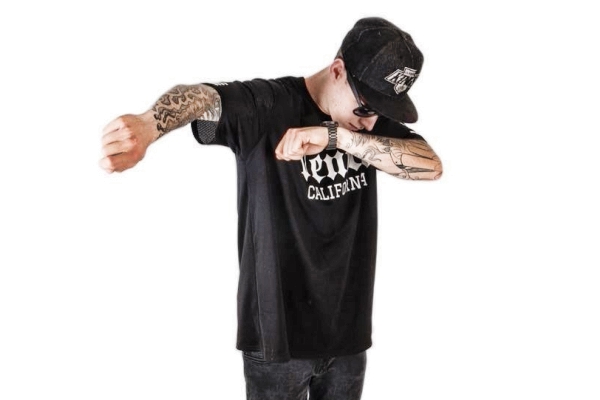 Point.Blank – Lurking EP – As we continue in the pursuit of pinpointing the biggest records within the dubstep and bass music soundscape, Buygore is excited to bring back the time-honored Buygore artist that always delivered the dubs. Hailing Belgium, Point.Blank has routinely put out some of both Fresh Blood and Buygore Records most heralded tunes on dance floors around the globe.

Buygore Records seems adrenalized to announce that the Lurking EP, a five-track installment exhibiting the new sounds of the Belgium-based artist, is one of the first releases of the year. Lurking is set in motion with the opening track ‘Roll Up,’ a long-awaited fan favorite that has been storming through live sets by some of the biggest names in the scene. The third track on the project entitled ‘Computer‘ begins with an amalgamation of digital sound effects, accompanied by a cataclysmic build that leads into blaring horns and heavy reverb carrying the track from drop to drop. The EP wraps up with ‘Tony Montana‘ and a VIP version as an extra added bonus; while ‘Tony Montana‘ already brings the basslines for a memorable epilogue, the VIP breathes new life into the track and has listeners at the edge of their seats already waiting for more.

One of Belgium’s most popular exports behind waffles and chocolate, Point.Blank is regarded as a pioneer of the harder more aggressive dubstep sound that has swept North America by storm. Point.Blank has long standing support from Borgore, who signed him on to Buygore Records in 2014, as well as Excision, Zomboy, Datsik, Terravita and many more.