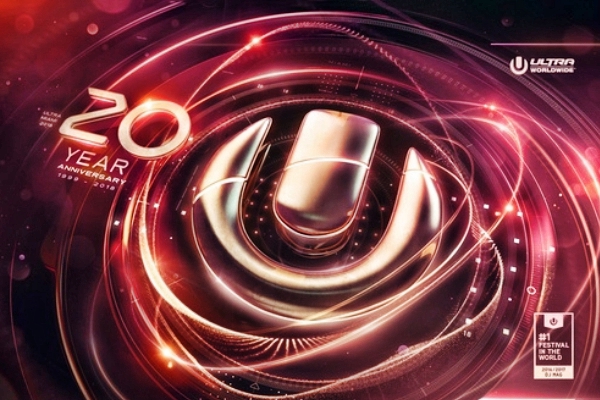 Ultra Music Festival 2018 – Phase One Lineup – Having welcomed over one million fans to forty-five events internationally in 2017, the world’s largest, most international and most successful remaining independent electronic music festival brand is just three months away from its biggest show ever – ULTRA MUSIC FESTIVAL‘s twentieth birthday.

Incredibly, ULTRA MUSIC FESTIVAL 2018 will see the Miami event alone exceed two million attendees spanning over twenty consecutive years since its inception in 1999. Kick-starting the most anticipated lineup in the event’s history, Phase One has been released just in time for the holiday season.

Returning to Bayfront Park, Downtown Miami on March 23rd, 24th & 25th of 2018, at the end of Miami Music Week, ULTRA MUSIC FESTIVAL‘s Phase One is layered with the expected and the unexpected, with nods to the past, present and future of electronic music. Featuring an incredible array of world-class talent across seven state-of-the-art stages, ULTRA is pulling out all the stops to ensure that its flagship show will head straight into the history books.

Festival greats Armin van Buuren, Axwell /\ Ingrosso, David Guetta, Eric Prydz, Hardwell, DJ Snake, Tiësto and many more will all be present in 2018, with the likes of The Chainsmokers and Kaskade set to return for the first time since 2016. Marshmello and Virtual Self are among the headliners making their ULTRA MAINSTAGE debuts in March, with bass dons Flosstradamus and RL Grime returning for the first time since 2014.