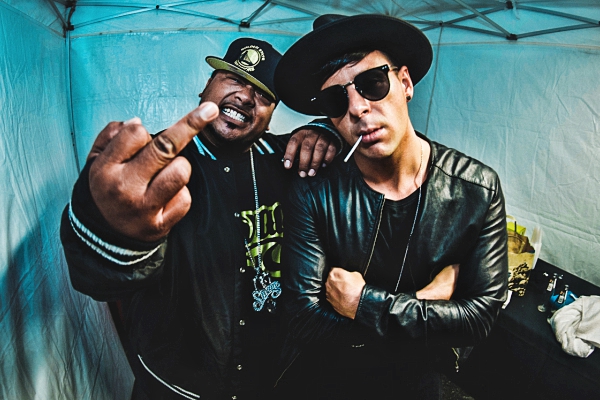 Timmy Trumpet & Savage – ‘Déjà Vu‘ – When Australian DJ Timmy Trumpet first teamed up with New Zealand MC Savage in 2014, the resulting track ‘Freaks‘ took the world by storm. 150 million Spotify streams and a plethora of platinum records later, the duo have made magic again. This time it’s with ‘Deja-Vu,’ which is out now.

The pounding bass line and huge drop teamed with Savage‘s unmistakable vocals combine to make a belter of a track. Timmy Trumpet, whose relentless international touring schedule saw him jump up a massive 37 spots in the recent DJ Mag Top 100 poll to #43, explains how the track came together, “‘Freaks‘ was a game changing record for me, opening up a whole new audience to my music. Savage is THE MAN and I knew I wanted to work with him again ever since we first got in the studio.”

They’ve done it before with ‘Freaks‘ and now we’re without a doubt feeling it again with ‘Déjà Vu.’ It’s yet another trumping banger that you just can’t ignore!