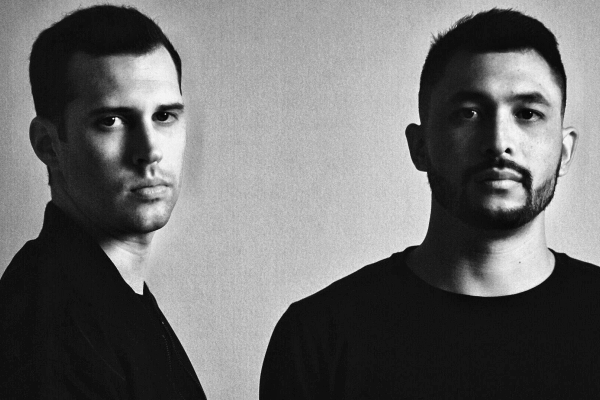 Slander & Sullivan King – ‘Welcome To The Fire‘ – One won’t typically find electronic music bassheads and diehard metal fans in agreement over music, but that is about to change. Enter ‘Welcome To The Fire,’ the intense new track from duo Slander and multi-instrumentalist Sullivan King on Disciple Records, which melds the angst of heavy metal with the aggression of tbass-focused electronic music.

Listeners beware, this track is certainly not for the faint of heart ‘Welcome To The Fire‘ creates a supercharged environment from its opening notes, incorporating screaming vocals, mechanical synths and earth-shattering drops. Press play on this one on to release some pent-up emotions, to crush a workout or simply if a solid thrashing on the dance floor is in order. Expect to hear ‘Welcome to the Fire‘ lighting up clubs and festival stages on Slander‘s ‘Superhuman‘ winter tour.

Slander first made waves in the scene when they debuted their remix of Showtek‘s ‘We Like to Party‘ in 2014. However, Slander has proven they are capable of so much more than remixes. This year the duo has been making waves with their original productions and an evolved sound, as evidenced on ‘Superhuman‘ featuring Eric Leva, ‘We Out‘ with Danish producer Stoltenhoff, ‘One Life‘ on Spinnin’ Records, Decapitation Celebration EP (with Kayzo) and their recent rendition of Major Lazer‘s ‘Know No Better‘ on Mad Decent. Their ability to produce both bass-heavy headbangers and emotionally stirring melodies distinguishes them as talented, multifaceted producers, not to mention their insane stage presence. Slander has been performing worldwide on their Superhuman tour, including headline stops at Ultra Music Festival, Lollapalooza, Moonrise, Creamfields, EDC Las Vegas and many more.

Los Angeles-based multi-instrumentalist/producer and solidified guitar powerhouse Sullivan King is shattering the mold and disrupting the electronic world – one lick at a time. Lifting the brash and rugged energy of bass music off the dance floors and the power of metal and hard rock from the stadiums, Sullivan King creates a musical mosh pit built entirely on rapid-paced, neck-snapping dubstep, intensely shredding guitars and a bold live show that pushes the boundaries of modern music performance. With recent releases on Excision‘s label Rottun Recordings and Montreal’s bass staple Kannibalen Records, Sully is paving his own path as he pioneers this metal-EDM hybrid sound.