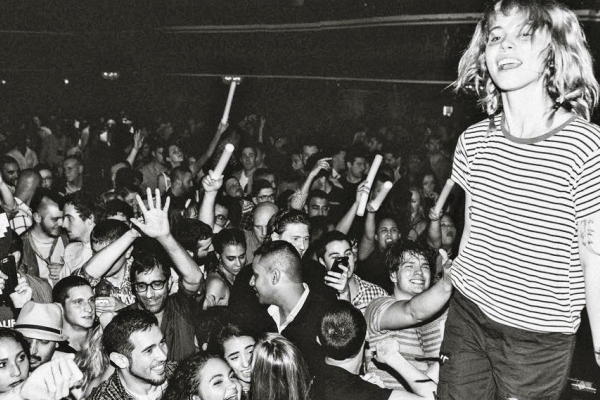 Red Bull Sound Select & Mija – FK A Genre LA 2017 – Following a successful RBMA October Festival in Los Angeles and 30 Days in Chicago, Red Bull Sound Select is back with world-renowned superstar DJ and producer Mija, who brought her FK A Genre Tour back to LA on December 16th at The Fonda with Tennyson, Kelli Schaefer and some can not miss special guests.

In addition, Red Bull Sound Select is collaborating with Mija to support charity partner My Friend’s Place, a youth day shelter in Hollywood that was hand-selected by Mija. Attendees will be able to purchase exclusive light-weight T-Shirts designed by the producer at the show for a $10 minimum donation, with 100% of the proceeds going to My Friend’s Place. There will also be a sock drive where attendees can bring a new, unused pair of socks or underwear to donate to My Friend’s Place.

Mija‘s star began to rise after a serendipitous 5 am back-to-back set with Skrillex at Bonnaroo in 2014 caught people’s attention. Since then, the DJ, born Amber Giles, hasn’t stopped. The independent artist releases her own music, started her own clothing company Made By Mija, and founded the event’s brand FK A Genre. She’s passionate about combining electronic music with contemporary, chart-topping sounds, which she dubs the FK A Genre, and she recently released her critically acclaimed debut EP, Time Stops.

Teenage brother-sister duo Tennyson provided support bringing their infectious melodies infused with R&B and Jazz inspired soundscapes. The Canadian artists have had a busy year starting off with RBSS‘ first release of 2017 Tuesday/Wednesday/Thursday trilogy which saw collaborations with Chicago’s BJ The Kid and Mr. Carmack. The release sees the duo embrace their range of influences like electronic music, experimental pop and R&B through lush synths paired with explosive drum fills which garnered support from the likes of Zane Lowe, Vice and Stereogum to name a few.

Opening the night up is Kelli Schaefer who mirrors the expansive noise and incisive shadow of PJ Harvey, with the fearless abandon of Nick Cave and vocal play of Bjork. Schaefer‘s depth and vision combined with her style of art-pop explores forgotten pieces of the American landscape and dares to examine what goes beyond.