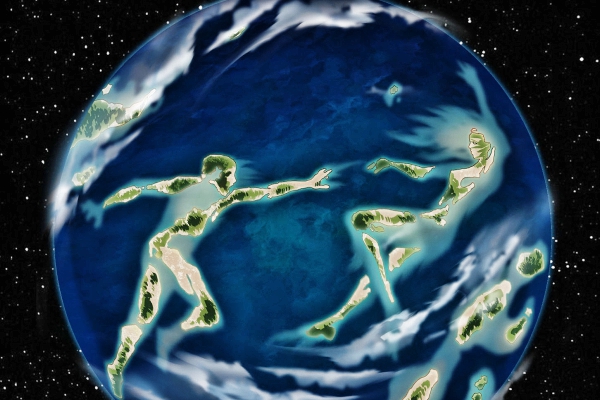 R3HAB & KSHMR – ‘Islands‘ – Following the overwhelming success of his recent collab with Hardwell and recently dropping the first singles on his newly launched label, Dharma, world famed US producer KSHMR now teams up with legendary Dutch artist, R3HAB. Working together for the third time, the dream duo hit a sweet spot with the hedonistic tune ‘Islands,’ out now on Dharma.

KSHMR exploded onto the scene in 2014 with his first release, ‘Megalodon.’ Since then, he’s released a string of tracks going #1 on Beatport which quickly garnered him a rapidly growing fan base. 2017 has seen him deliver groundbreaking hit records, including the Tiësto collab ‘Harder‘ and teamups with Crossnaders (‘Back To Me‘) and Hardwell (‘Power‘), while launching his own Dharma imprint under the wings of Spinnin’ Records.

And now, he returns with another highly anticipated collab, this time teaming up with legendary Dutch DJ and producer R3HAB. This artist has released numerous charting singles, remixed pop stars like Rihanna, Lady Gaga and Beyoncé, while endlessly touring the world. Recently making a move up the renowned Top 100 to #18 he’s been on fire this year, including the release of his album Trouble, featuring the widely popular title track that’s been hitting charts and dancefloors all over the globe.

Following this, both artists are now releasing their third collab single ‘Islands,’ crossing borders between pop and dance with euphoric vocals, strong electro hooks and, as expected, blazing drops. DJ support has already come from the likes of The Chainsmokers, Hardwell, David Guetta and W&W, the track is officially out now through Dharma.