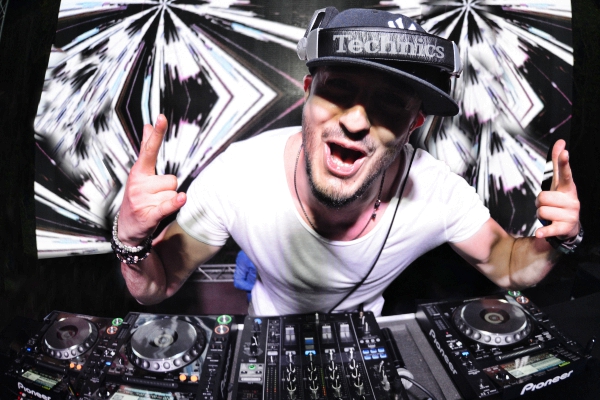 Hey Onur, or better known as K-Billy! A couple months ago you released your widely successful single ‘Get It.’ Released on Envision Recordings, it’s one of those house tracks that seamlessly hits hard between the electro and future genres.

What were some of the influences and creativity behind curating such an ecstatic and exhilarating record?

Actually the producing story of ‘Get It‘ is a bit funny. Me and Alp3r were working on another track and became stuck at some point. You know while producing, you can’t always reach what you want. I’m not sure, it was 8 – 9 hours or something like that when we began to look our old, unfinished projects just because we were bored.

Once we heard the little piece of ‘Get It‘ melody, a light comes to our mind and although we are workin on hours & hours , we get fulfilled with the energy and finished the main part of the project in a short time. Of course, the whole project was finished in nearly one month with endless edits, but I’m really happy with the result!

Not Only does ‘Get It’ hosts electro and future, but it also features a trap-style breakdown towards the middle. What were your goals with 80’s-esque production?

Well, at my live sets I don’t like giving big breaks. I mean all the chords, pads and melodies in ‘Close Your Eyes‘ are not for me. I want my crowd to be energetic all the time with the surprising beats and that’s also what my goal while producing. So this is always the starting point of my projects. Hip-Hop is one of my roots and the reflection of it; which is called trap in these days define my soul and music too much. I’m in love with techy vibes, Groove House or EDM, but all must have trap in some point if it’s mine! 🙂

‘Get It’ is only your latest production, following close behind your reimagining of Harold Faltermeyer’s Beverly Hills Cop track ‘Axel F.’ Despite your recent popularity in the production scene of the EDM community, you have been in the scene as early as 2013.

One of your accolades has been being one of Turkey’s hottest radio personalities. How did you get to this sport in your career and what has it been like, since the beginning?

Actually my starting point was always being a DJ. In college I wanted to work as a DJ at my university radio but they insisted on me to also be a radio voice over. Then things came one and after at my career, and these two always become together. Still if they asked me to choose one, I chose DJing but radio is also something else that I always wanted to be part of. Among the years, you know being a DJ changes form a bit. You must also be a good producer if you want to be a touring DJ and as you said with 2013, I focused on producing to play different parts of the world.

Of course, you have also toured and performed all around the world in United States of America, Germany, Ukraine, Greece, Austria and more. You have also performed at DJ Mag (TR) events alongside artists Deniz Koyu, Moguai, Coone, etc.

What has been your most memorable moment across your career so far?

Well amongst many others, I can tell a few stories. Back in 2013, I had a gig at Odessa, Ukraine. My time slot is normally only for an hour and a half, from 2:00 a.m. to 3:30 a.m, but the crowd loved me too much and every time I tried to finish my set they didn’t let me to end it and the owner of the club request me to go on. Every half an hour I asked to stop or not and finally it was 6:30 in the morning when I finished my set and also finished the night 🙂

Finally, what can fans expect from K-Billy in 2018?

Ahh new songs, much much more! I already made my production schedule and in 2018, I’ll be releasing more songs and hopefully many hits 🙂 And of course, I want to meet more people on the dance floor at more of my shows.

I want to thank you for giving me a chance to speak with you on behalf of EDM Joy. Show some love for K-Billy, listen to his track ‘Get It’ above and follow him, via his socials, linked below!