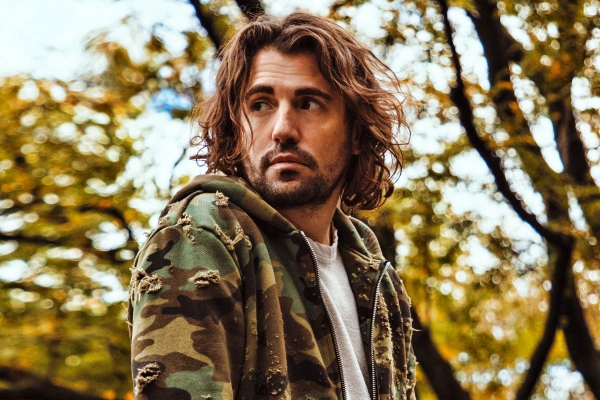 Dimitri has been cast in one of Romero‘s favorite roles in the film, he says, although he’s keeping the character announcement close to his vest for now. This is yet another role to add to the roster of Dimitri‘s budding acting career. He’s made some remarkable television cameos and was cast alongside his brother Like Mike in the upcoming “Gangsta: The Movie” by Adil El Arbi & Bilal Fallah (named in Variety as one of “10 Directors to Watch” + directing “Beverly Hills Cop 4“). With more exciting acting parts and projects coming up… he’s also even fallen in love with voice acting after he took on the voice-over role for the Belgian version of Disney‘s blockbuster Big Hero 6 and will reprise his role in the 2018 follow-up TV Series. Read more on his IMDb page.

Continuing their success on the music side of things, Dimitri Vegas & Like Mike teamed up with legendary film composer Hans Zimmer on ‘He’s A Pirate‘ for the soundtrack of Pirates of the Caribbean: Dead Men Tell No Tales, which Variety premiered.

Off the back of an impressive run in 2016/2017 with two No. 1hits on Billboard‘s Dance Club Songs Chart – including their Ne-Yo collaboration ‘Higher Place‘ and their Diplo assisted ‘Hey Baby‘ – the duo most recently released ‘Complicated‘ with David Guetta and Kiiara. The single has garnered over 59 million streams on Spotify, 36 million views on YouTube and is currently No. 3 Billboard‘s Dance Chart.