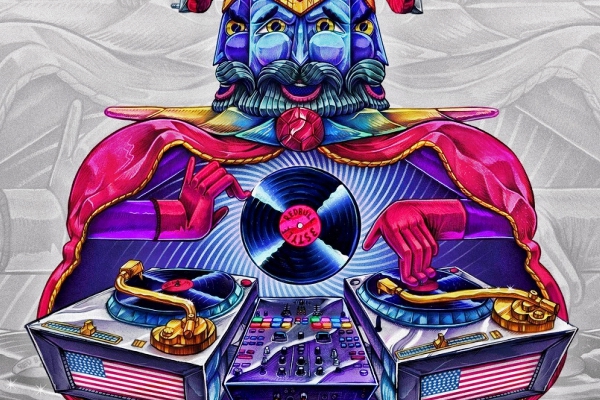 Since 2010, Red Bull 3Style has been constantly advancing the world of DJing and turntablism as well as entertaining audiences all over the globe. With special guest DJ judges including, 2¢ (consisting of Four Color Zack, 2012 3Style World Champion and Craze), 2014 3Style World Champion Eskei83, and proud D.C. resident and 2016 US 3Style Champion, Trayze, the 2017 USA Championships will be a night to remember.

Red Bull 3Style began as an underground experiment nine years ago in Western Canada. In 2010, the event went global for the first time, effectively changing the face of modern DJ battles by pitting ten countries’ top DJ’s against each other. Since then, Red Bull 3Style has grown to what is now the world’s largest DJ competition. For more information, please visit: www.redbull3style.com.

The rules for the 2017 USA Championships are the same as those for the regional qualifiers. Each DJ will be given 15 minutes to impress both the crowd and the judges with their originality, skills and track selections. The only creative constraint the DJ’s are given is that they MUST play at least three distinct genres of music, hence the name “3Style.” The judges will then use the following four criteria – originality, skills, music selection and crowd response – to crown this year’s 3Style USA Champion, who will then get a chance to test their mettle at the Red Bull 3Style World Finals in Krakow, Poland from February 5th-11th, 2018.