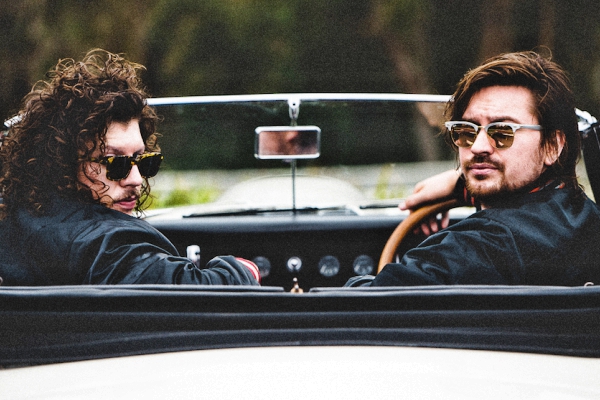 Peking Duk – ‘Let You Down‘ – Peking Duk have today released the official video for their brand new single ‘Let You Down‘ featuring Swedish electropop duo Icona Pop. A modern heartbreak melody and the first to feature vocals from one-half of the Peking Duk duo, Adam Hyde, the official video for the track tells the tale of a beleaguered woman desperate to avoid commitment to her doting other half, and follows the release of the single which has so far amassed over 2 million Spotify streams since release in October.

Using a series of sharp and clever cuts, the crisp production follows the story of a series of engagement proposals for the female protagonist, as she desperately attempts to avoid each one through a series of comedic mishaps, including diving out of a moving car and setting herself on fire. Light-hearted and hilarious, the video flows through the different stages of the duo’s relationship with the razor-like synths and thundering drum beats beautifully contrasting both artist’s emotive vocals.

Having received four ARIA Award nominations for Best Dance Release for ‘Stranger‘ featuring Elliphant, Best Group, Best Live Act and Apple Music Song Of The Year for ‘Stranger‘ featuring Elliphant, Peking Duk are currently in the midst of a busy run of dates across Australia, Asia and New Zealand, with a gig at Koko in Camden, London, scheduled for the 15th of December.