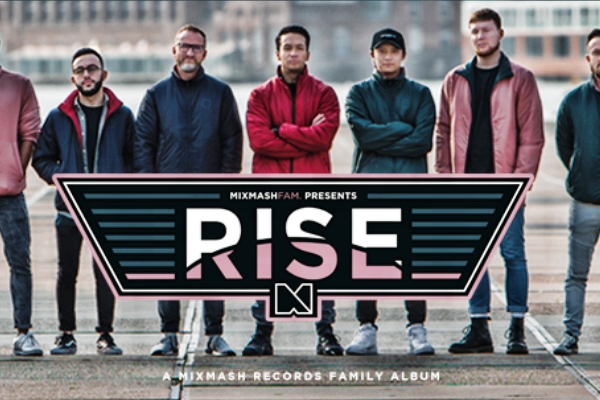 Mixmash Records – RISE Album – Laidback Luke‘s label, Mixmash Records, is definitely on the RISE. The founding father’s imprint is releasing its first-ever collective family album boosting some massive bangers! With a total of seven tracks, the album only contains collabs from Mixmash exclusive artists Laidback Luke, Mark Villa, Inpetto, Keanu Silva, Krosses, Pyrodox and Unity. After the release of Luke and Mark Villa‘s well-received lead single, also titled ‘Rise,’ the album is sure to hit the right note with many fans and will do well any playlist.

The seven Mixmash family members, even though they are all from different walks of life, were a natural fit from the outset. How could that be? A Future House producer and a Bass House/Trap producer creating a track together? Challenging each other’s creativity, the end result is undeniable. Containing 7 boundary-pushing collabs from Future Bass, to Bass House, Trap and Future House – the album is the perfect Christmas present (keep an eye out for our exclusive limited edition white vinyl contest – powered by Vinylify).

Coinciding with the release of the album RISE, Mixmash Records produced an exclusive seven-minute documentary which will be released next week. It highlights its future course and elaborates why the release of the RISE album is so extremely important and well-timed.