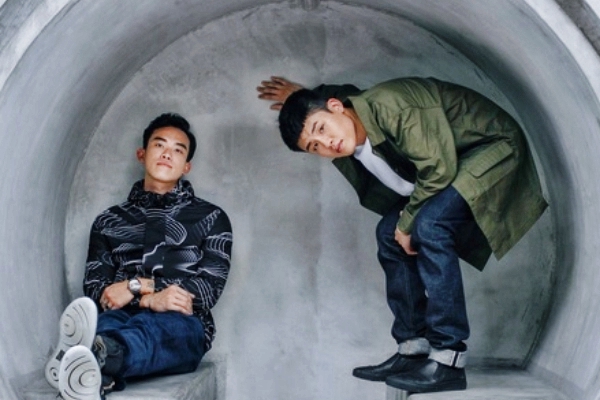 Gentle Bones & MYRNE – ‘B4NGER‘ – Having teamed up only a few months back for the sun-drenched ‘JU1Y,’ Gentle Bones and MYRNE are back together once again for their second collaboration on Universal Music, with the suitably titled, ‘B4NGER.’

‘B4NGER‘ sees Gentle Bones‘ soulful vocals merge effortlessly with MYRNE‘s future bass and house groove to create a truly unique record that serves as yet another reminder that these two Singaporeans are at the top of their game. As if their 2nd single together wasn’t enough, Gentle Bones and MYRNE have announced that they will be releasing a full collaborative album in 2018!

Just this past month, MYRNE embarked on his first ever tour throughout the USA, covering an impressive 11 stops including a second date in LA that doubled up as a SOLA label showcase, as fans experienced the power of ‘B4NGER‘ first hand.

Meanwhile, Gentle Bones had a summer to remember, making his rounds in Asia, selling out shows in Singapore and Malaysia, and performing at big festivals in Hong Kong (Clockenflap) and South Korea (Asia Song Festival), establishing himself as one of the fastest growing Asian talents in the globe right now.

With both artists consistently pushing the boundaries of shaping and bending a new wave of Asian pop music in tandem with an official music video in the making to support this infectious single, be sure to keep updated on both Gentle Bones and MYRNE by following their socials!