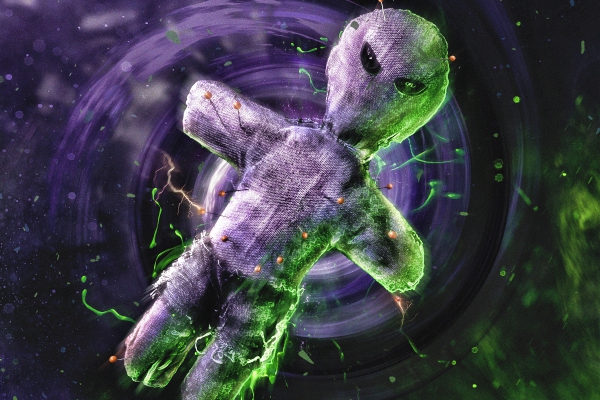 YOOKiE & Wooli – ‘Voodoo‘ – Firepower Records was thrilled to announce the forthcoming release of YOOKiE and Wooli‘s scorching new collaboration, ‘Voodoo,’ on October 20th. YOOKiE‘s diverse take on bass music and their willingness to explore the more euphoric realms of EDM has landed them a series of hugely successful bangers with some of the biggest producers out there. It’s an absolute dream to have YOOKiE release ‘Voodoo‘ with Firepower.

Wooli has been busy casting some seriously sinister spells on the bass music world from his home base in Rochester, New York. His first EP with Firepower Records, The Cave, revealed a producer unafraid to deliver the heaviest of beats directly into the synapses of our pre-historic brains. Together these two forces are using their collective power in the service of fulfilling their vile vendettas through sonic savagery.

‘Voodoo‘ immediately establishes an ominous tone through the visual imagery of a dark ritual. The Trapstyle intro combines with the hex of the high priest, and the first drop is a full on neck-breaking Dubstep assault upon its victims. But every victim deserves a different end, so YOOKiE and Wooli engineered a track with three distinct sections. The second drop delivers a bone crushing Riddim section designed to crumble its victims to their knees. Finally, the tune blows the doors off with a Hardstyle double-up, and the chaos of a dance floor rampage is the method of vengeance.

Taken together, the track works its voodoo onto the audience so thoroughly, that you may be questioning how much power any one DJ should have. Add this tune to your collection of spells, but use your new power wisely.