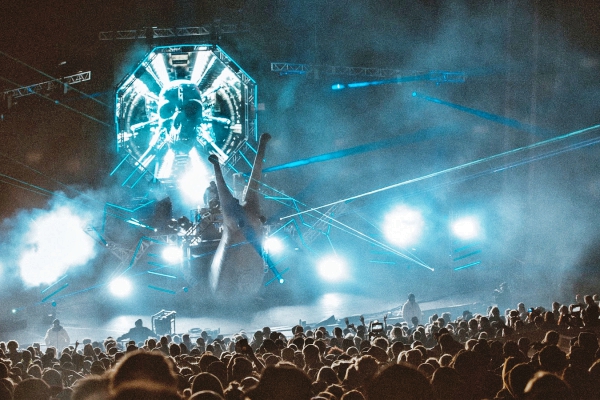 Snails – Sluggtopia 2017 Aftermovie – Montreal-based Vomitstep creator and bass music master Snails recently completed his biggest headlining show to date, his sold out Sluggtopia show at Red Rocks earlier this month. The show included the reveal of an impressive custom stage design, alongside new light shows and visuals to round out the once-in-a-lifetime performance. To show off this great feat, Snails has just revealed an epic aftermovie which takes viewers on the full show journey!

From its inception to the custom stage building process, all the way through day of show, the recap gives a peek into the creative process and planning that went into Sluggtopia. The show proved to be extremely pivotal for Snails, as he revealed his incredible custom stage set up by the same designers who created stages for Chance The Rapper, Future and Katy Perry. He also played out his debut artist album for the first time and brought out special guests NGHTMRE and Big Gigantic during his set.

The video also gives fan a high quality preview of Snails‘ collaboration with Big Gigantic ‘Feel the Vibe,’ featuring esteemed reggae artist Collie Buddz. Snails and Big Gigantic debuted the song live together at the Sluggtopia show. Snails‘ highly anticipated first-ever artist album The Shell is out this week on October 20th, pre-order is available for the album here.

Starting in November, fans can catch Snails on his The Shell North American Tour, which will feature a similar custom stage set up.