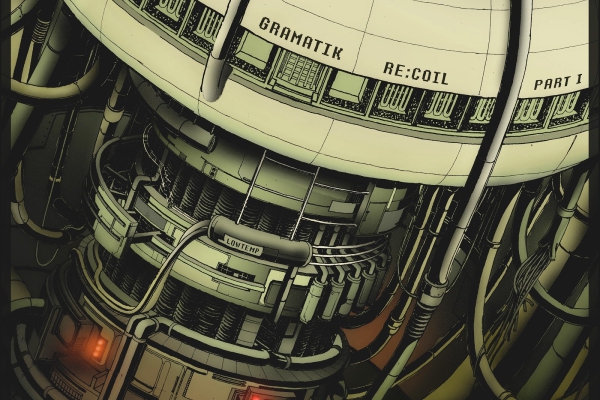 Gramatik – Re:Coil Part I EP – Pioneering artist and tireless producer Gramatik returns with Re:Coil Part I, an EP centred on themes of science and technology. The 6-track EP features numerous collaborations with Branx, Anomalie, Balkan Bump, Talib Kweli, Galactic Marvl and Eric Krasno, demonstrating Gramatik‘s huge versatility and proving that he is at the top of his game. The EP is out now on Lowtemp Music.

Complementing the EP, Gramatik is currently embarking on a huge 26-date Re:Coil tour around Europe, finishing another stellar year with a must-see New Year’s Eve show at Terminal 5 in New York City, where he’ll be joined by three amazing artists – Big Wild, Ramzoid and Cobrayama.

During the tour Gramatik will be launching his very own cryptocurrency token, called GRMTK that will allow him to have complete control over the distribution of his media to his fans via a decentralised entertainment channel called Singular DTV. Owners of the token will own part of his intellectual property in a revolutionary move, as he will become the first artist in history to be “tokenized,” with token holders receiving a portion of his rights and royalties.

Re:Coil Part II is due for release in early 2018, keep your eyes on Gramatik‘s socials below for all the latest announcements.