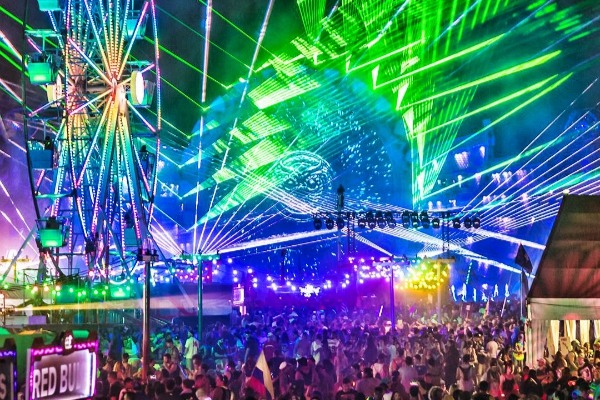 On Friday, fans will witness the EDC Orlando debuts of Diplo b2b A-Trak, Marshmello, Slushii and REZZ alongside festival regulars like Seven Lions, Jauz, Excision and Zomboy. Saturday will usher in first-timers like Galantis, KSHMR, Alan Walker, and Joyryde, in addition to heavyweights like NGHTMRE, Armin van Buuren, Zedd and Jamie Jones. The world-class lineup will span across three iconic stages, including the breathtaking Gaia design making its way to kineticFIELD from EDC Las Vegas 2017, for the first time.

Last year’s unforgettable festival welcomed a sold-out crowd of 75,000 Headliners, making it a record year for EDC Orlando. New attractions including a massive neon-lit Ferris wheel, a 360-degree design for the circuitGROUNDS stage, and a black-lit rainbow tunnel surrounded the vast natural beauty of the Tinker Field lake. Relive the unrivaled experience in this year’s official trailer, below.