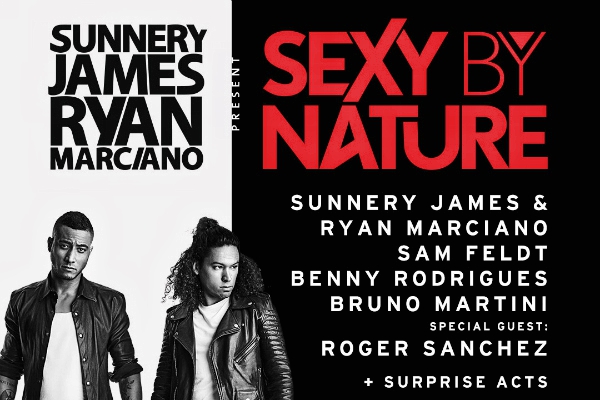 House legend Roger Sanchez will show you why he’s still on top of his game after several decades in the game, while rising star Sam Feldt will bring the feel-good vibes of his global smash hits like ‘Summer On You,’ ‘Show Me Love‘ and ‘Runaways.’

Dutch house and techno legend Benny Rodrigues is a permanent mainstay on festival line-ups across Europe and will show his versatility with his house set. Rising Brazilian star Bruno Martini will celebrate the release of his 2017 hit ‘Hear Me Now,’ which currently stands at over 400 million plays on YouTube and Spotify alone. As if this wasn’t a big enough line-up already, it’s not even the whole thing. Look out for even more surprise acts being added to the line-up in the run-up to the event.

It’s set to be a major homecoming for Sunnery James & Ryan Marciano, who after their Sexy By Nature hostings at international festivals such as Tomorrowland and Creamfields and their Summer residency alongside Armin van Buuren at Hï Ibiza, have had a very enjoyable Summer. The icing on the cake is the instant success of the collaboration with Armin van Buuren with ‘You Are,’ which is available on iTunes now.