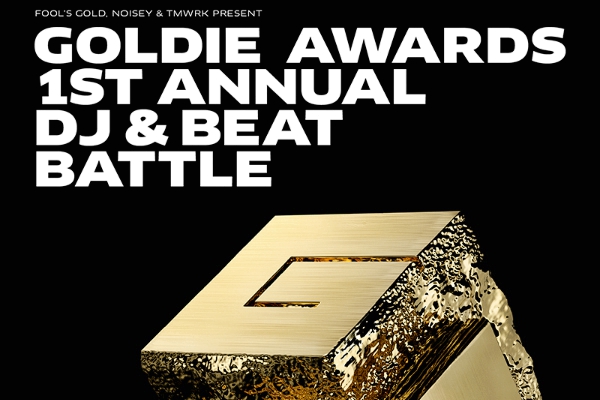 A-Trak – Goldie Awards Finalists – When A-Trak first announced that he was organizing a new DJ and Beat Battle this year, the plan was to select 6 DJs and 6 producers from online submissions and fly them to New York for the event. However, after receiving over 300 videos and seeing the astounding level of these entries, he decided to bump the number of contestants up to 8 DJs and 8 producers. This selection includes a 13 year-old from New Zealand, three world champion DJs and  a techno producer using analog gear, who will all be flying in from all corners of North America, Japan, Germany, Portugal and more.

Goldie Awards is a new type of battle. Presented by Fool’s Gold, TMWRK and Noisey, it aims to reflect the current landscape of music where DJs and producers rule. There are no restrictions on the type of equipment allowed. The focus is fully on creativity, and the eclectic panel of judges encourages a wide range of music. Indeed, Diplo, Just Blaze, Mannie Fresh, DJ Craze, Mija, Destructo and the Whooligan will have the difficult task of picking the winner when it all goes down at Brooklyn Steel on September 7th.

The contestants for the DJ battle are:

The contestants for the Beat battle are: