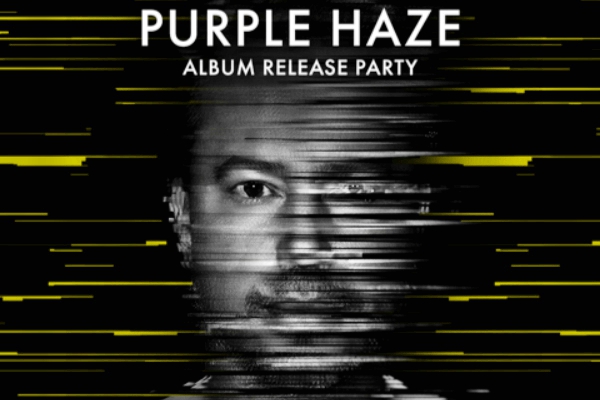 Sander van Doorn – Purple Haze Album Party – Sander van Doorn announces this week that his new project Purple Haze will host his Album Release Party during ADE on Saturday October 21st, to launch the greatly anticipated debut album from this exciting new moniker, which will come out on September 29th. The party will take place at the as-yet-unopened Chin Chin Club on the Rozengracht in Amsterdam.

The night will feature a very special line-up playing alongside the audio-visual spectacular that is the Purple Haze live show. Be prepared for something truly different as van Doorn presents one of the pinnacles of his creative achievements.

Purple Haze is the name on everyone’s lips right now, with the small clutch of tracks released from Sander van Doorn‘s scintillating new project causing quite a stir so far and generating huge anticipation of the debut album from this new name. Now he reveals this very special ADE launch party for the album, taking place at one of the city’s newest and most hotly-tipped clubs.

Purple Haze is van Doorn‘s project dedicated to a “sharper, darker, rougher” sound. The Purple Haze album itself will be released on September 29 on DOORN Records, with new single Choir 1.0 to precede it on September 4th. Get ready for one of the most highly awaited moments in this year’s dance music calendar!