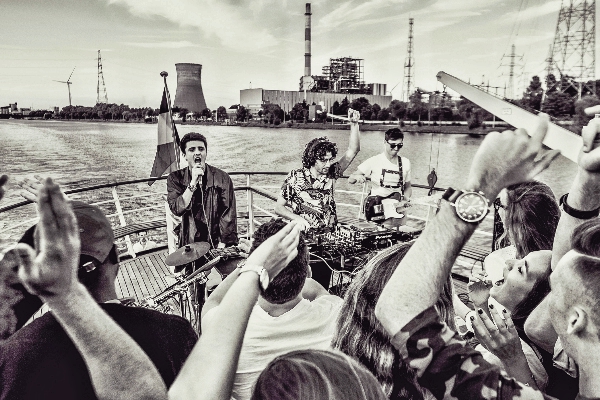 Curtis Alto – Daydream – Hailing from Belgium, production trio and brothers Curtis Alto have already been making waves in the global scene with their experimental approach to electronic dance music. Now, they have rustled up their new four-track EP Daydream. Incorporating live instruments into their performance setup, these guys have developed a unique trademark, with appearances at Tomorrowland, Balaton Sound and the Belgian MTV awards under their belt.

Bringing together four tracks to create their characteristic debut EP, Curtis Alto take us on a sonic journey with Daydream, the title being along the lines of their live sessions – frequently featured on their social media. Kick-starting with quirky electronic track ‘You Might,’ the trio deliver reverb-laden guitar licks and an endearing vocal.

As the title suggests, ‘Lost Out Here‘ allows the listener to float away, harnessing an atmospheric sound led by Samuel Miller’s husky tones. Woma blends glitchy vocals with cleverly-crafted breakbeat percussion and a lead guitar, whilst final track ‘Akilah‘ spices things up with an energetic future bass drop teamed with African vocals. The last two tracks are also part of the Curtis Alto ‘DNA‘ too since they show how guitar and percussion are combined within their live sets. With each track uncovering a new layer to Curtis Alto‘s exquisite production skills, Daydream asserts the trio’s multi-faceted talents.