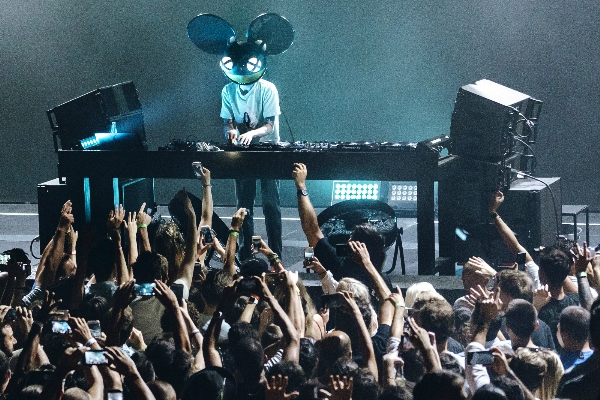 Deadmau5 – Hï Ibiza – Eric Prydz returned to the White Isle for his first ever Ibiza residency. Now, he will continue taking over the brand new Hï Ibiza every Tuesday, and will debut a bespoke production, specifically built for the residency.

The newly opened Hï Ibiza offers the Prydz team a blank canvas to work their magic in the Theatre (Room 1) and they will be building a site specific show for the residency, creating a unique stage for Eric to present his inimitable blend of house and techno across his Pryda and Cirez D, aliases. The Prydz residency will bring a singular visual and audio experience to the Ibiza season.

Deadmau5 made his debut at Hï Ibiza just this last night, as he joined club resident Eric Prydz in his residency at Theatre (Room 1). Superstar DJ and producer Eric Prydz continues his Tuesday night spectacular, taking control of the Theatre every Tuesday through to the 22nd of August, which is when Deadmau5 will return again for another very special show! Other guests lined up to join him for the rest of the summer include Dusky, Kölsch, Christoph, Pig&Dan, Yotto and Weska.