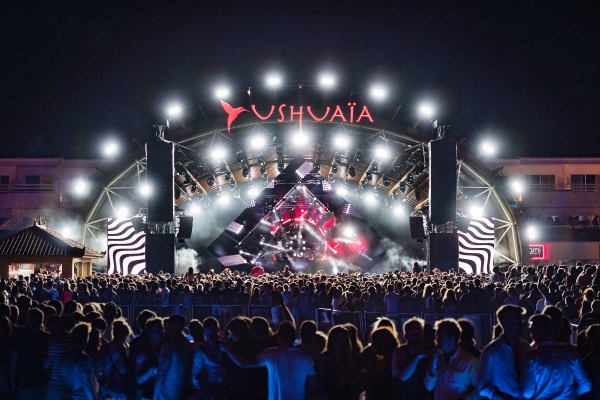 Ushuaïa Ibiza – Opening Party – Ushuaïa Ibiza Beach Hotel has kicked off the 2017 season in exceptional style by throwing one of the hottest opening parties the island has ever seen on Saturday night.

Revellers from around the world flocked to the iconic beach club for its star studded Opening Party, dancing from midday till 2am to the beat of the world’s most in demand DJs. With the sun still high in the sky, firm favourites Raul Rodriguez and Francisco Allendes got the party started, with Davide Squillace and Martin Buttrich taking to the decks for a scorching b2b session.

Famed for their legendary poolside parties, Ushuaïa Ibiza‘s opening party certainly did not disappoint. Not one to rest on their laurels, it seems that each year is bigger and better than the last. With breathtaking visuals and a complex and dazzling lighting design, not to mention a state of the art sound system and stunning gogo costumes, the no 1 open air club lays on a visual spectacle unlike any other on the isle.

Getting through an incredible 100kgs of confetti, 200 miles of streamers, 120 litres of colourful flame fluid and 1000 litres of CO2, Ushuaïa offered fans a glimpse into the incredible productions they can expect throughout the season. With the revered club’s list of residencies reads like a who’s who of the dance music scene, the venue well and truly caters for everyone.

In the coming weeks, we will see the colony return to their Ibizan home, taking over the Saturday slot all summer long, from 3rd June – 30th September. Now in its fifth season and boasting an unbelievable lineup of the finest house and techno DJs, there’s a reason ANTS continues to be one of the most popular parties on the white isle.