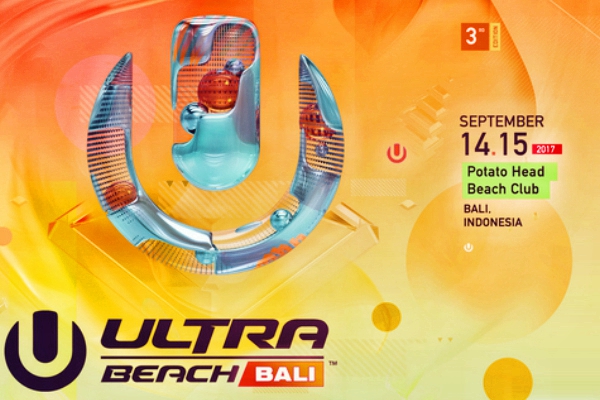 Ultra Bali 2017 Lineup – ULTRA Beach Bali, one of the true standout destination festivals on the ULTRA Worldwide calendar, has announced the lineup for its 2017 edition.

Set to return to the Potato Head Beach Club on September 14-15, three of the biggest acts in electronic music, Hardwell, Kygo and Zedd, have been confirmed to headline proceedings. Another three of the fastest-rising names in dance music right now will also perform, with Getter, REZZ and Slushii each confirmed for their first ULTRA Worldwide performances, outside of Miami.

ULTRA Beach Bali looks set to take the Island Of The Gods by storm once again this September, with 10,000 Ultranauts expected to attend across the two days. Taking place at a different venue and on a different date, news around RESISTANCE Bali will be announced soon.

ULTRA Beach Bali marks the official midway point for ULTRA Worldwide‘s September tour of Asia, with an incredible seven events taking place on the continent in India, Taiwan, China, Japan, Hong Kong and the Philippines during a ten-day period.