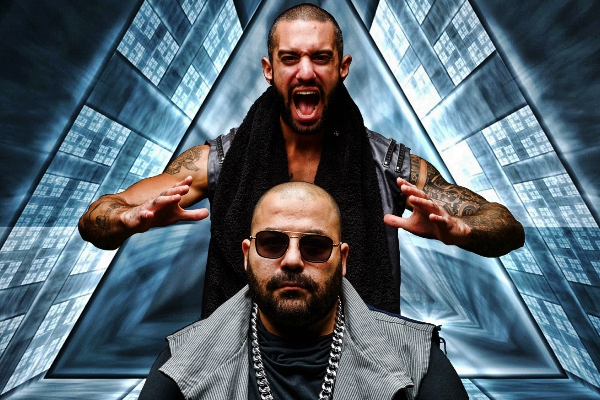 Hi guys! It’s great to have a chance to speak with the two of you as continuously rising DJ and producing duo group Levi & Suiss. Under separate solo careers in addition to your now long time collaboration, you both have gone through quite the musical journey with a variety of successes.

Hevi Levi, you graduated from a university with a BSC, grabbed the attention of the Red Bull Music Academy, held the number two spot on the iTunes sales chart and have even became the CEO of one of Israel’s leading tech companies.

On the other hand, Suiss, you began stamping your digital footprints in the EDM soundscapes since the age of 18, finding yourself as a regular audience goer in clubs and eventually sculpturing your own career by hard work and determination at the decks and on the DAW’s.

What was it like building your careers in the early stages and what have been your most memorable moments as solo artists and as a duo group?

Hi, Thanks for having us Brandon!

[HEVI LEVI] People might think that it’s getting easier as you go, but let me tell you, it’s not. The more famous you become and as your music is getting more and more attention, the harder it gets. You have to perform while all eyes are on you, while everyone is waiting to see your next move.

Me & Suiss have had many highlights during our career, we hit #1 on Beatport a few times, we had articles and interviews on top radios, blogs and newspapers, we have been nominated and chosen for a lot of prizes. Though, I think it’s safe to say that the moments when the crowd is singing the lyrics from our songs when we take the fader down during our gigs, are really our highlights.

Pressing on from the earlier days of your careers, you guys later formed as a duo group in 2013 and have since released a variety of remixes, original productions and streaming series. Now, as of late, the two of you have released brand new singles ‘Meet You in the Sky,’ ‘On My Own‘ and ‘Alright.’

Featuring some favorable future and deep house vibes, ‘Save Me from Falling,’ ‘Meet You in The Sky,’ ‘On My Own’ and ‘Alright’ have continued to present your richness as producers and secure your name as the latest DJs and producers who listeners of electronic dance music just can’t miss.

On the latest production ‘On My Own,’ what was your guys’ creativity and process as you went through creating this captivating single and what was it like working with Meirro and Carso?

[HEVI LEVI] We love collaborations, we love to hear opinions and incorporate ideas into one musical piece. Meirro and Carso are young and talented producers and it was great to hear their fresh ideas and to see the fire in their eyes every time they heard the progress.

With heavy artist support from DJs and producers like David Guetta, Hardwell, MAKJ, R3hab, Quintino and Yves V amongst others, as Levi & Suiss, the two of you have become well received and respected in the EDM community.

Along the way, the two of you even established your own label Joy Records. Your early mission was “to explore new sounds and bring them to the masses.”

How do you guys think you’ve achieved your mission and what has it been like running your own label? Do you have any tips for DJs, producers or fans for what it’s like in this spectrum of the scene?

[HEVI LEVI] We decided to run our own label Joy Records when we understood that releasing tracks or songs on big labels is nice but making great music is way more important. We decided to focus on making good music and let the world hear it, it worked. 🙂

As I’m sure many fans would agree, we absolutely can’t wait for what is to come in 2017 for Levi & Suiss! So far, you guys have dropped impressive original productions and in impeccable style.

What are the late 2017 plans for Levi & Suiss? Are there any shows or future releases we can look forward to?

[HEVI LEVI] Our plans for 2017 is to make good music and to hit billboard and the mainstream radios all over the world, we plan to have a European tour and some very important collabs.

We also decided to let our solo careers live next to our joined career, Levi as “HEVI LEVI” with more urban and Hip Hop influences and Suiss as DJ Suiss, our pop and EDM music will stay on Levi & Suiss and our more underground activities will take place solo.

Finally, I want to thank you both for giving me a chance to speak with you on behalf of EDM Joy. We will thoroughly look forward to what will come! Make sure to show some love and support for Levi & Suiss by following them, via their socials, linked below!

Thank you so much for having us, we’ll see you all on the dancefloors,