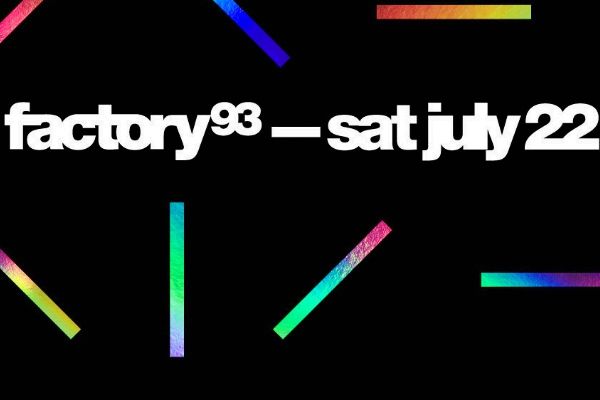 Timeless producer and label owner, John Digweed, has maintained a longstanding presence in dance music culture with international residencies, radio shows, and boundless profound productions. His name is synonymous with some of the greatest mixes and groundbreaking releases over the last two decades. Fans can expect nothing less than momentous from Digweed‘s Factory 93 performance.

Anjunadeep prodigy, Lane 8, rose to prominence in 2015 with his premiere Rise album, earning praise from legendary artists and house aficionados alike. Cultivating sought after originals and unique collaborations ever since, his Factory 93 debut will captivate the crowd for hours on end.

Boasting some of the finest names and labels in the industry, Factory 93 has swiftly taken hold of the underground in just one year. Creating an immersive atmosphere with rich audio, striking visuals, and provocative performance art, each party is a testament to the next. Having curated stages at Insomniac’s major festivals in addition to debuting a stand-alone event in Mexico City, Factory 93 has consistently attracted sold-out audiences no matter where the party takes place.