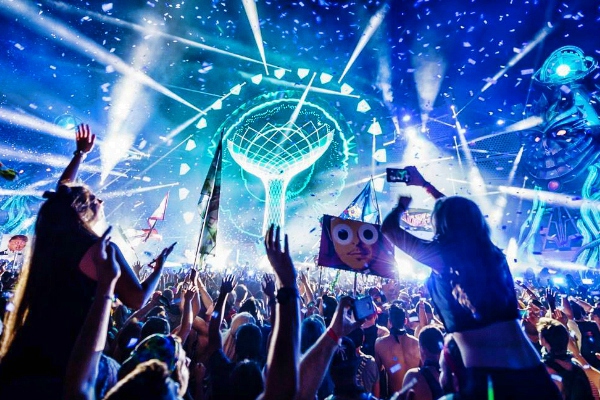 EDC Orlando 2017 Dates – Insomniac, the producer behind North America’s largest dance music festival, announced its return to Orlando, FL for another two-day adventure packed with sunshine, positive energy, and world-renowned talent. The 7th annual Electric Daisy Carnival (EDC) Orlando will be held at the city’s historic Tinker Field on Friday, November 10 and Saturday, November 11, 2017. Tickets to the beloved east-coast event go on sale Thursday, July 13 at 12 PM ET. Catch a glimpse of the next stop on EDC‘s journey following Las Vegas with the official EDC Orlando 2017 announcement video below.

Get Tickets Here on July 13th

EDC Orlando 2017 will bring thousands of fans from around the world to the beautiful Sunshine State for another year of impressive stage designs, full-scale carnival rides, and imaginative art installations. The picturesque backdrop of Tinker Field will unite the forces of nature and technology across lush green fields and crystal blue waters as the biggest acts in dance music curate an incredible soundtrack.

Last year’s unforgettable festival broke an EDC Orlando attendance record, with 75,000 Headliners coming together to celebrate inclusivity and creativity. Guests were immersed in a vibrant environment of towering daisies, tunnels of neon lights and a never before seen design at the circuitGROUNDS stage. The all-new LED-lit Dream Wheel provided breathtaking views of the massive kineticTEMPLE stage, and a 300-foot-long zip line whisked festivalgoers over the sparkling Lake Beardall. The weekend hosted more than 60 unprecedented dance music acts, including legendary artists such as The Chainsmokers, Alison Wonderland, Porter Robinson, Bassnectar, Markus Schulz, Nicole Moudaber and more.